Estee Ackerman refused to compete on Sabbath to qualify for Olympic trials. 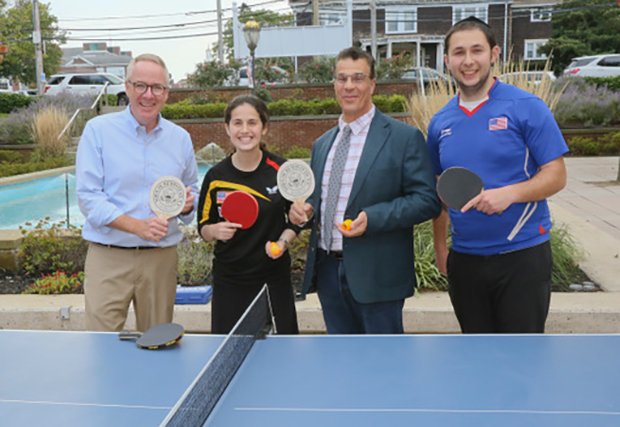 In 1965 Sandy Koufax famously put his faith before his sport. He made it clear that if his turn in the rotation to pitch during the World Series fell on Yom Kippur, the Jewish Day of Atonement, then he would have to sit the game out. As it happened the boy from Bensonhurst did not have to pitch because his club didn’t force the issue. Since then, Koufax’s story has become folklore to American Jews, the kid who refused to back down when facing the choice between the game that made his name and fame and his religion.

Estee Ackerman, had to make a similar choice last year. Ackerman, from West Hempstead, is one of the top ranked table tennis players in the United States. In 2020, she had made it to the USA Olympic trials but there was a problem, the date of the competition fell on a Saturday.

As an Orthodox Jew, Ackerman was prevented from competing on Saturdays because it is the Sabbath day. Despite pleading with the USA Table Tennis Committee to make concessions for them to host the tournament on a Thursday, Friday before sundown, or Sunday, they were held on Saturday and she did not attend the trials.

Ackerman would have been the Orthodox Jew to represent the United States if she had competed in the trials and qualified for the 2020 Olympics in Tokyo.

“It takes a lot of strength to turn down a shot at the Olympics, but Estee held her head high and stood behind her beliefs,” said Clavin. “The Town of Hempstead is proud of all that Estee has accomplished and look forward to cheering her on in the next Summer Olympics.”

To honor a hometown hero, Hempstead Town invited Ackerman to Town Hall to show off her athletic skills at ping pong and to recognize her for her strength in her beliefs.

Supervisor Clavin and the Town Board also announced upcoming table tennis seminars to be held at town facilities, instructed by the championship-winning, nationally-ranked ping pong phenomenon.

According to a press release, the ping pong seminars will be held primarily for youth and adults with a keen interest in the table tennis sport. They are set to begin towards the end of the year. Updates and dates for the classes will be posted on hempsteadny.gov when they become available.

The announcement also featured a one-sided exhibition match against Supervisor Don Clavin, where Ackerman demonstrated her talents at table tennis. Ackerman said that she is pursuing a spot in the next Olympic Games in Paris in 2024 and Los Angeles in 2028. Presenting Estee with a complimentary Town of Hempstead ping pong paddle featuring the Town Seal, Clavin assured Estee that she had the entire support of the township.

“Although she is hungry for competition and a tremendously skilled player, she admirably stuck to her faith and did not compete in the Olympic trials,” said Clavin. “We are proud to call Estee Ackerman a Town of Hempstead resident and we applaud both her commitment to her religion and her superior ping pong skills.”