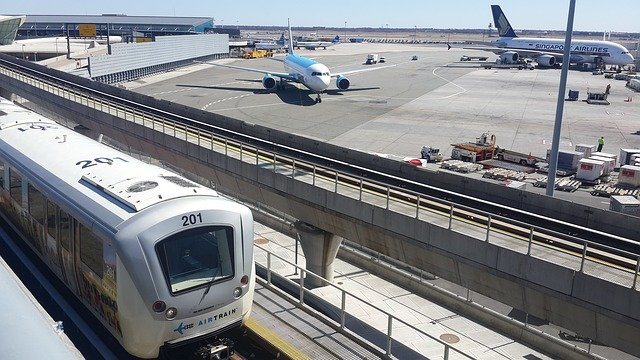 New York, NY - November 3, 2017 - Attorney General Eric T. Schneiderman today announced the conviction of Edward J. Paquette, former Executive Director of the Terminal One Group Association L.P. (“TOGA”), on felony charges related to stealing from his employer and accepting bribes totaling over $1.3 million, intended to influence contracts he oversaw at JFK Airport. TOGA, a partnership between Air France, Japan Airlines, Korean Air, and Lufthansa, was established to lease Terminal One at JFK Airport from the Port Authority of New York and New Jersey. The Attorney General’s ongoing investigation into the contracting and procurement process at JFK Airport—an investigation dubbed “Operation Greased Runway”—revealed that Paquette accepted personal payments in exchange for awarding business opportunities and favorable treatment to catering, transportation, and aircraft servicing companies operating in the terminal. In addition to his felony convictions, Paquette agreed to pay $2 million to settle civil claims pursuant to the New York False Claims Act and Executive Law Section 63(12).
This plea and civil settlement mark the second resolution in Operation Greased Runway. The first conviction and settlement, involving the airport food company Yankee Clipper Food Services I, was announced on October 19, 2017. Operation Greased Runway has now netted an aggregate $15 million in penalties and restitution.
Click here to read the settlement agreement.
“Accepting bribes is a crime that undermines legitimate businesses and prevents access to equal opportunity for hard working New Yorkers,” said Attorney General Schneiderman. “My office is committed to rooting out corruption in contracting and we will use every tool available to stop those in positions of power from taking advantage of their authority.”
The Attorney General’s investigation uncovered that Paquette compromised the integrity of business operations at JFK Airport by accepting payments from airport businesses in return for exercising his influence as TOGA’s Executive Director. In one instance, Paquette recommended that TOGA change ground handling companies that service aircrafts at Terminal One. Paquette then solicited bids for the contract, which were the largest at the terminal. After conducting a bidding process, Paquette recommended awarding Ground Services International (“GSI”) the contract. GSI received the contract, and shortly thereafter began making secret monthly payments to a company that Paquette established specifically to receive the payments. GSI paid Paquette a total of $640,000 from 2015 through 2017.
The investigation further revealed that Paquette engaged in a scheme with Yankee Clipper Food Services I, previously convicted of Grand Larceny and a Scheme to Defraud as part of this investigation, to divert TOGA money to himself. Paquette falsified invoices for a purported “Employee Appreciation Day” for the workers at Terminal One that never took place. Nonetheless, Paquette instructed the catering company to issue invoices for the non-existent event to TOGA. Paquette later approved payment of the fraudulent invoices and the catering company returned large portions of the TOGA payment in cash to Paquette personally. Finally, Paquette received additional payments totaling over $572,000 from Yankee Clipper and related entities, and over $108,000 from Golden Touch Transportation of New York, a transportation company that conducts business at Terminal One, among several other locations in New York.
Michael Nestor, Inspector General for the Port Authority of New York and New Jersey said, “The Port Authority requires that all business partners adhere to the highest standards of integrity and ethical conduct. In this case, the defendant chose to enrich himself through an insidious pattern of corruption that allowed him to siphon millions of dollars at the expense of his employer and the other airline carriers they served. Individuals who willingly participate in a pay-to-play system subvert the process for those who try to compete fairly and ultimately undermine the public’s trust in government. My office will continue to work vigorously with the New York State Attorney General’s Office and its law enforcement partners to identify, investigate and prosecute those who attempt to corrupt the integrity of the aviation industry.”
Today, Paquette pleaded guilty to one count of Grand Larceny in the Second Degree, a class C felony, and one count of Commercial Bribe Receiving in the First Degree, a class E felony. The pleas were entered today in Queens Supreme Court.
Attorney General Schneiderman thanks the Office of the Inspector General of the Port Authority of New York and New Jersey, particularly Investigator Mia Chang, Supervising Forensic Investigator Fred Ferrone, Assistant Director of Investigations Salvatore Dalessandro, and Director of Investigations Steven Pasichow.
The Attorney General’s investigation was led by Assistant Attorneys General John Chiara of the Public Integrity Bureau and Justin Wagner of the Taxpayer Protection Bureau, with assistance from Legal Support Analysts Dillon Kraus and Justin Meshulam.
The Attorney General’s investigation was conducted by Investigator Melissa Kaplan of the Investigations Bureau, under the supervision of Supervising Investigator Sylvia Rivera and Deputy Chief Investigator John McManus. The Investigations Bureau is led by Chief Dominick Zarrella.
The Public Integrity Bureau is led by Bureau Chief Daniel Cort and Deputy Bureau Chief Stacy Aronowitz. The Taxpayer Protection Bureau is led by Bureau Chief Thomas Teige Carroll and Deputy Bureau Chief Scott J. Spiegelman.