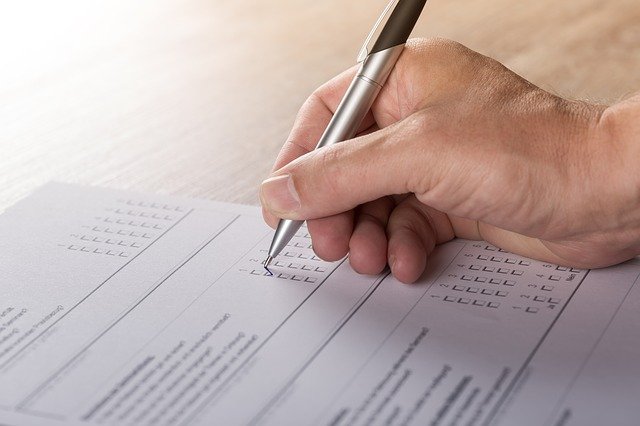 New York, NY - November 2, 2017 - Attorney General Eric T. Schneiderman today announced the settlement of his lawsuit against the New York City Board of Elections (NYCBOE), overhauling NYCBOE’s procedures for maintaining voter rolls and establishing frequent monitoring and oversight of those procedures in order to protect New Yorkers’ access to the ballot box. The consent degree was filed with the U.S. District Court for the Eastern District of New York late yesterday.
In January, Attorney General Schneiderman filed suit, alleging that the NYCBOE purged over 200,000 voters from its registration rolls in violation of federal and state law. Specifically, the Attorney General alleged that the NYCBOE illegally cancelled the registrations of over 200,000 New Yorkers: over 100,000 on the basis of a voter’s failure to vote, and another nearly 100,000 using a procedure that did not comply with federal and state law.
Today’s consent decree requires the NYCBOE to overhaul its voter registration and list maintenance policies and procedures, adequately train relevant staff, and submit to regular monitoring and oversight of voter registration and list maintenance activities. Moreover, the NYCBOE has agreed to review every voter registration cancelled since July 1, 2013, determine whether the cancellations were justified under law, and reinstate, to appropriate status, any registrations that were improperly cancelled.
“The right to vote is sacred to our democracy. Yet the NYC Board of Elections illegally purged over 200,000 New Yorkers from the rolls, violating the law and New Yorkers’ trust in the institutions meant to protect their rights,” said Attorney General Schneiderman. “This settlement would overhaul NYCBOE’s practices for maintaining voter rolls, ensuring that the issues that led to the purges are addressed, and establishing frequent monitoring and oversight of those list maintenance practices. My office will continue to protect all voters’ access to the polls and continue to fight to expand voting rights.”
OAG’s lawsuit arose out of an investigation by the New York Attorney General’s Office opened shortly after New York’s Presidential Primary on April 19, 2016. OAG opened its investigation after receiving over 1,500 complaints via its Election Hotline of widespread voter issues, including a massive and illegal voter purge in Brooklyn. In early December 2016, OAG published a report, available here, detailing the causes of many of the problems voters across the state encountered at their polling places. After the Attorney General’s report, Common Cause and Lawyer’s Committee amended a complaint they had filed in federal court against the NYCBOE to allege that the purge of voters in Brooklyn violated the Section 8 of the National Voter Registration Act (“NVRA”). In January, Attorney General Schneiderman intervened in this lawsuit, along with the United States Department of Justice.
In its complaint, OAG alleged that the NYCBOE violated state and federal law with three massive registration purges.  First, from 2014 to 2015, officials in the Brooklyn Borough Office of the NYCBOE manually identified and purged over 100,000 voter records on the basis of their failure to vote or submit any updated forms to the NYCBOE since 2008.  Both federal and state law prohibit the cancellation of voter registration records solely on the basis of a failure to vote. In addition, OAG alleged that in 2014 and 2015, the NYCBOE used the National Change of Address database to identify and remove nearly 100,000 additional voters it suspected of having moved outside the City after only 30 days’ notice. Under both state and federal law these voters should have been retained on the registration rolls for at least two federal elections after the NYCBOE gave them notice, i.e. two to four years.
The consent decree, which is subject to court approval, overhauls the NYCBOE’s procedures for maintaining its voter rolls and requires significant monitoring and oversight by the Attorney General’s Office, the DOJ, and the private plaintiffs of the NYCBOE’s updated voter list maintenance procedures. The NYCBOE is required to:
The reforms must be summarized in a Comprehensive Remedial Plan that the NYCBOE will submit to the Attorney General, DOJ, and the private plaintiffs for review and agreement.
This matter is being handled by Assistant Attorneys General Ajay Saini, Diane Lucas, and Sania Khan of the Attorney General’s Civil Rights Bureau, which is led by Bureau Chief Lourdes Rosado. The Civil Rights Bureau is part of the Social Justice Division, which is led by Executive Deputy Attorney General for Social Justice Alvin Bragg.
The Attorney General's Office is committed to the voting rights protecting all eligible New Yorkers. To file a civil rights complaint, contact the Attorney General’s Office at (212) 416-8250, civil.rights@ag.ny.gov or visit www.ag.ny.gov.