It is the last year Chamber of Horrors NY will offer thrill seekers a show so intense that you must be 18 to enter and sign a waiver. 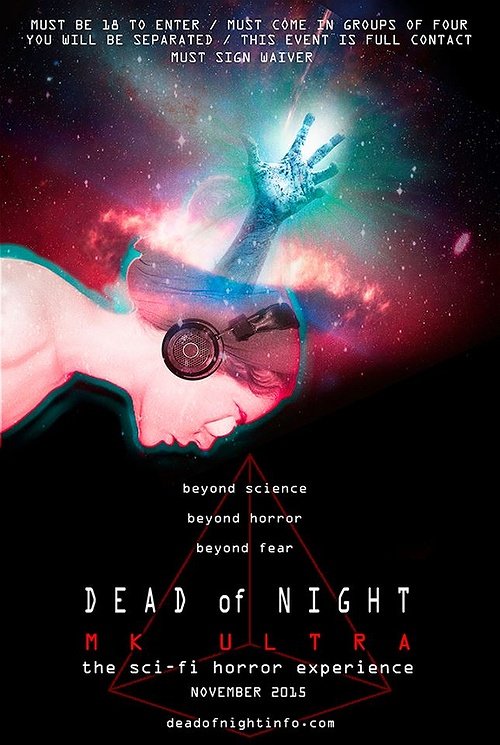 Hauppauge, NY - November 2, 2015 - It is the last year Chamber of Horrors NY will offer thrill seekers a show so intense that you must be 18 to enter and sign a waiver.

DEAD of NIGHT was recently named as “one of America’s most extreme haunted houses” by haunt enthusiasts The Raven and Black Cat, saying “In 2013, DEAD of NIGHT on Long Island had one of the most brilliant haunt openings I’ve ever seen.”

Extreme haunted houses are popping up all over the country and Long Island has its own with DEAD of NIGHT and being that this is the last Chamber of Horrors NY will offer the experience, show runner and DEAD of NIGHT creator Will Puntarich had this to say “We intend to go out with a bang. We’ve offered a unique form of horror entertainment to consenting adults, people who want something more. We’ve delivered every year.”

What makes DEAD of NIGHT extreme? Well, it is probably the content and the theme of each experience. “There is nothing scarier than the real world; vampires, zombies and the lot exist in fiction. Real monsters are present though, in our everyday lives and throughout history. That is where I get my inspiration from. Real world horror.”

2013 was DEAD of NIGHT’s first operating year, offered as a two night special event, using the walls and halls of Chamber of Horrors NY’s Trilogy of Fear attraction. Puntarich says “Every year we have a theme filled with social and political subtext and we ask a “what if?” question on those who came. 2013 was about living in a police state, 2014 was about joining an evil secret society and 2015, our final year with Chamber of Horrors NY is about the real government mind control program MK Ultra and drug abuse”

That sounds pretty scary already and if things get too intense for some, there is a safe word that can be said and the experience will stop for that person and their group. “No one has to do anything they don’t want to do, you can’t force people to do anything-You can’t restrict free will. If you’re at DEAD of NIGHT, you must read and sign a waiver, you have to be a certain age to enter and your told what you’re in for so, there is no surprise when you get abducted or when your asked to do something out of the ordinary like dance, interact or complete a scene with our actors.”

At DEAD of NIGHT, which is roughly an hour and 45 minutes long, you become part of the show taking you mentally out of what most know as a haunted attraction category. You’re part of the experience and believe it or not, the majority of fans of the show are women “I’m not surprised at by that actually, women are stronger in many ways than any man could be. They go through entirely more hardships than men and take on a lot more stress, fear, anxiety and pain than any man could-women are supermen.”

DEAD of NIGHT is not without controversy though, it seems as though what some hear about the experience is that it goes too far “I laugh at that. Most of the hate we get comes from the haunted attraction industry in the first place. Never really the people who go through the show but you can’t win over everyone…I just try and put on as real a simulation as possible and I don’t worry about the negatives” said Puntarich.

DEAD of NIGHT’s last show is Friday the 13th and Saturday the 14th of November . You can find more information and buy tickets at www.deadofnightinfo.com or on Facebook.