At Governor's Direction, Increased Security at High-Profile Locations Around the State, Including Airports, Bridges, Tunnels and Mass Transit Systems. 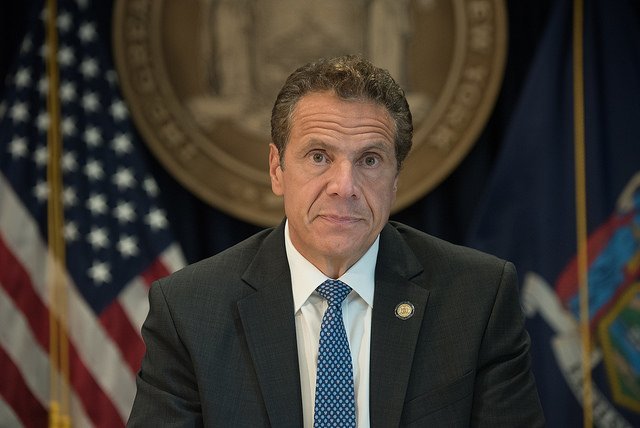 Albany, NY - November 1, 2017 - Governor Andrew M. Cuomo today announced that following the apparent terrorist attack in Lower Manhattan he has directed state agencies, including the New York State Police, National Guard, the Division of Homeland Security and Emergency Services, the Metropolitan Transportation Authority and the Port Authority of New York and New Jersey to increase security at high-profile locations around the state, including airports, bridges, tunnels, and mass transit systems. Additional personnel are being deployed to high-density areas and large public gatherings. These are precautionary measures, not based on any specific intelligence on ongoing threats.
Governor Cuomo also directed One World Trade Center to be lit in red, white and blue in honor of freedom and democracy.
Governor Cuomo said, "I am deeply saddened by the attack on New York, and I join all New Yorkers in mourning the innocent lives we lost today. New York is an international symbol of freedom and democracy, and that makes us a target for people who oppose our way of life. I want to reassure all New Yorkers that at this point we have no evidence that today's attack is part of a wider plot involving more than one individual. Out of an abundance of caution, we are stepping up security measures at high-profile locations and large public gatherings while the investigation continues. I want to thank all of the first responders, including the New York State Police, Port Authority Police Department, NYPD, FDNY and all of the other personnel who put their lives on the line every day. I encourage all New Yorkers to go about their business and live their lives without fear."
State Police & National Guard
The New York State Police and the National Guard have also been in contact with federal officials as well as local law enforcement partners, including the New York City Police Department. At the Governor's direction, as a precaution, the State Police and National Guard have deployed additional resources and increased surveillance of large public gatherings and critical infrastructure including transportation hubs.
Division of Homeland Security & Emergency Services
DHSES has been in contact with key local public safety officials following the attack in Lower Manhattan. The DHSES Watch Center, as a precaution, has entered enhanced monitoring mode and has increased monitoring of various large public gatherings. DHSES remains in a state of readiness and prepared to disseminate information to our public safety partners statewide as necessary.
Port Authority of New York & New Jersey
Port Authority Police are on heightened alert at all of the agency's bridge, tunnel, rail, World Trade Center and other facilities. Actions include increased patrols and checks of bags, buses, trucks and trains at agency locations. Travelers are reminded to remain vigilant and report any suspicious activities to police or other authorities.
Metropolitan Transportation Authority
The MTA has increased its patrols and surveillance in order to provide heightened protection across all its agencies. The MTA Police Department has stepped up its uniformed and plainclothes presence in Penn Station and Grand Central Terminal as well as other major stations throughout the Metro-North Railroad and Long Island Rail Road network. Police canine teams and units with heavy weapons will provide extra protection as well as a noticeable sign of increased security. Railroad customers will also see surge patrols, increased step-on/step-off patrols of trains, and random bag checks at various locations.
Behind the scenes, the MTA Police Department, MTA New York City Transit security and MTA Bridges and Tunnels Officers share intelligence information and coordinate their threat response with other police and security agencies to ensure a seamless web of protection throughout the region.
New York State Police and the New York National Guard members have been assigned to high-profile MTA locations for more than a year, and they are helping secure these locations as well as reassuring the public that the authorities are dedicated to ensuring their safety. The MTA closely monitors large public events that occur in or near its facilities and will provide heightened awareness of activities there.
The MTA works closely with the NYPD to secure New York's subways and buses, and MTA Bridges and Tunnels Officers are using a mix of visual and technological surveillance to ensure safety at its seven bridges and two tunnels in New York City.
"If You See Something, Say Something"
New Yorkers are reminded to stay alert to their surroundings, and to report any suspicious activity. Reports can be made to the Counter Terrorism Center at the New York State Intelligence Center via its terrorism tip line: 1-866-SAFENYS (1-866-723-3697); or by email: ctcenter@nysic.ny.gov.
New Yorkers can also download See Something, Send Something on your smartphone to inform authorities of a potential threat. Visit https://www.ny.gov/programs/see-something-send-something for more information.