The largest loan in TIFIA history has been approved for the replacement of the of Tappan Zee Bridge. 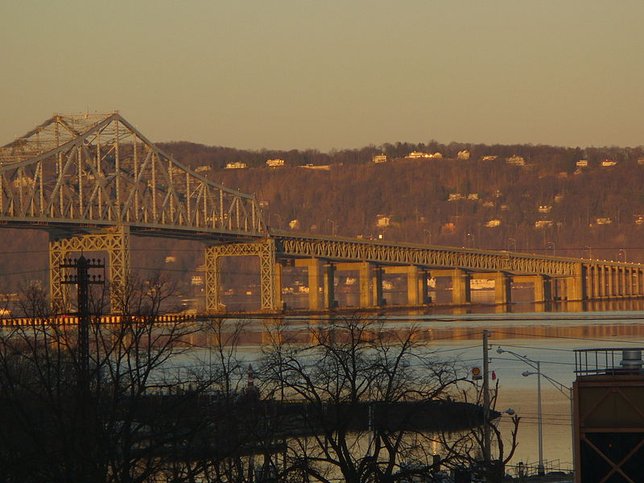 Albany, NY - October 31, 2013 - Governor Andrew M. Cuomo today announced that the federal government has approved up to a $1.6 billion low interest loan – the largest in TIFIA history – for the project to replace the Tappan Zee Bridge, securing key financing for construction of the new bridge.

"Approval of New York State's request for this loan is great news for the tens of thousands of commuters who depend on the Tappan Zee every day, for communities in the Lower Hudson Valley, and for our entire state," Governor Cuomo said. "This is a huge win for New York State, creating thousands of jobs, and an endorsement of one of the most ambitious infrastructure projects in our history. It shows that despite over a decade of delay, New York can continue to build big. I thank Secretary of Transportation Anthony Foxx for his hard work helping New York secure this loan."

Thruway Authority Chairman Howard P. Milstein said, “The Thruway Authority is grateful for Governor Cuomo’s strong leadership and support for this project, as well as the support we have received from President Obama and the U.S. Department of Transportation. We also recognize the dedication and hard work of staff at all of the federal and state agencies involved.”

The loan is through the federal government's Transportation Infrastructure Finance and Innovation Act (TIFIA) program.

Under Governor Cuomo’s leadership and with the support of President Barack Obama and the federal government, the New NY Bridge project has progressed to actual construction in just two years, following a decade of delay. Since October 2011, steps forward include: new design-build legislation was enacted; concurrent environmental review and procurement processes were completed; a project labor agreement was negotiated with construction unions; and pre-construction activities commenced – all with an unprecedented level of transparency and community involvement.

Extensive measures will be in place throughout the duration of the project to protect the environment and to monitor the impact of construction on surrounding communities.

The bridge is being designed and built by Tappan Zee Constructors, LLC (TZC), a consortium of some of the world's best-known and most highly-regarded design, engineering and construction firms, including Fluor, American Bridge, Granite, and Traylor Bros., along with key design firms HDR, Buckland & Taylor, URS, and GZA. TZC is working closely on the project with a team of employees from the New York State Thruway Authority and the State Department of Transportation.

Plans for a new bridge to replace the Tappan Zee were first discussed in 1999, and over the next 11 years, $88 million in taxpayer dollars was spent, 430 meetings were held, 150 concepts were considered – but the project did not move forward.

The existing Governor Malcolm Wilson Tappan Zee Bridge toll bridge opened to traffic in 1955 and is a vital artery for residents, commuters, travelers and commercial traffic. Designed to carry up to 100,000 vehicles each day, daily bridge traffic has grown to about 138,000 vehicles. In recent years, hundreds of millions of dollars have been spent to maintain the structure. Heavy traffic and lack of emergency shoulders can create unsafe driving conditions on the bridge and lead to frequent congestion and frustration for motorists.