A couple shopping at the Macy's in Roosevelt Field Mall claim to be the target of racial profiling. The couple has filed a lawsuit seeking $2 million. 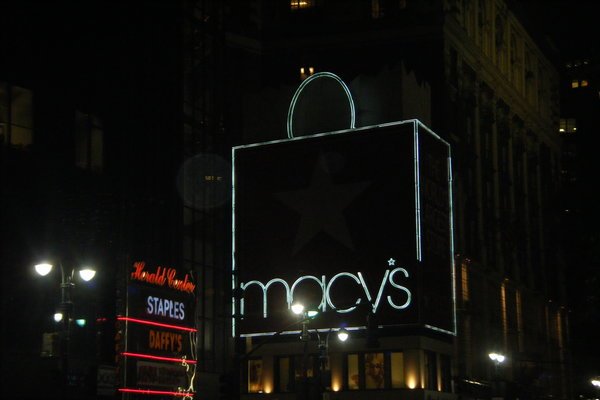 The Roosevelt Field Mall Macy’s in Garden City is at the center of a racial lawsuit. A black couple claims they were the victims of racial profiling and are suing for $2 million.

According to Richard Campbell and Samantha Bynoe, of Brooklyn, they were stopped by two men after leaving the store following the purchase of merchandise with a gift card. Campbell and Bynoe were shopping at the store on Sept. 24 with their 2-year-old daughter and claim they were “wrongfully” detained while their belongings were searched.

The couple claims in court papers, “two males – who did not identify themselves but who later turned out to be Macys’ employees – aggressively stopped the plaintiffs and took from the plaintiffs the bags containing [their] purchases and directed [them] to return to the Macy’s store. In addition to their Macy’s shopping bags, their “shopping bags from Bloomingdale’s [were also] rummaged through.”

The lawsuit was filed on Wednesday in Manhattan Supreme Court.

Macy’s has not provided any comment on the lawsuit other than that it does “not tolerate discrimination of any kind.”

This is one racial lawsuit among a growing trend of others Macy’s has been slapped with. According to the plaintiffs’ attorney in reporting from The New York Post, the matter is “so egregious” that the state attorney general has stepped in requesting for information and to schedule meetings on the matter.

The state has also previously won a $600,000 settlement case against Macy’s in 2005 where it  required internal security monitoring of the store to crack down on profiling incidents. According to the plaintiffs’ attorney, “as soon as the monitor ended, they went back to business as usual.”

Photo by of Andy C, via Wikimedia Commons.