The Salzburg Marionette Theater comes to Staller Center’s Main Stage on Sunday, December 8 at 7:00 pm with “The Sound of Music,” Rodgers and Hammerstein’s timeless musical. 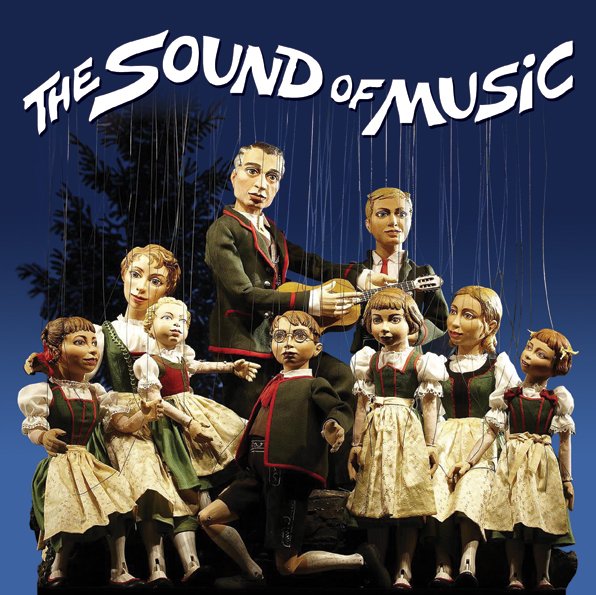 Stony Brook, NY - October 29th, 2013 -  The Salzburg Marionette Theater comes to Staller Center’s Main Stage on Sunday, December 8 at 7:00 pm with “The Sound of Music,” Rodgers and Hammerstein’s timeless musical. With beautifully hand-carved Austrian puppets performing to a specially-created soundtrack featuring the voices of such Broadway talents as Christian Noll, Martin Vidnovic and Jonathan Groff, “The Sound of Music” is a “delightful surprise from start to finish.” (The New York Times)

The Salzburg Marionette Theater was founded in 1913 in Mozart’s hometown with the puppeteers presenting Mozart’s operas. Three generations of the Aicher family have run the company. The company artistic director, Gretl Aicher, has worked with the marionettes for over 50 years.

Alan Inkles, director of Staller Center, notes, “We are fortunate to have the Salzburg Marionette Theater at Staller Center in time for the holidays. The Austrian company comes to the U.S. in celebration of their 100th anniversary in a rare U.S. tour with just a handful of performances, including some at the Metropolitan Museum of Art. The marionette figures, slightly over two feet tall, bob and weave, bow and curtsy, and sing and dance. They bring the music to life in ways you wouldn’t think possible.”

Tickets are $34, available at www.stallercenter.com or by calling (631) 632-ARTS [2787]. The full-length performance is recommended for children eight years and up, with tickets half price for children 12 years old and under.

About Staller Center for the Arts
Staller Center for the Arts, Stony Brook University’s cultural showplace, is conveniently located on campus, with free parking for professional performances. Staller Center offers performances in dance, music, theatre, the Metropolitan Opera Live in HD, screens films from around the world, and presents art exhibits in the Paul W. Zuccaire Gallery. In 1988, the Staller family gave Stony Brook University a transformational gift to name its fine arts center Staller Center in honor of Max & Mary Staller. This leadership in private philanthropy has been vital to the success of the Staller Center, now in its 25th year. In addition, a variety of supporters have made it possible for Staller Center to produce an acclaimed independent film festival each summer. The 19th Annual Stony Brook Film Festival, showing outstanding new independent films, will be held from July 17 through July 26, 2014.

For information on all Staller Center performances, visit www.stallercenter.com.