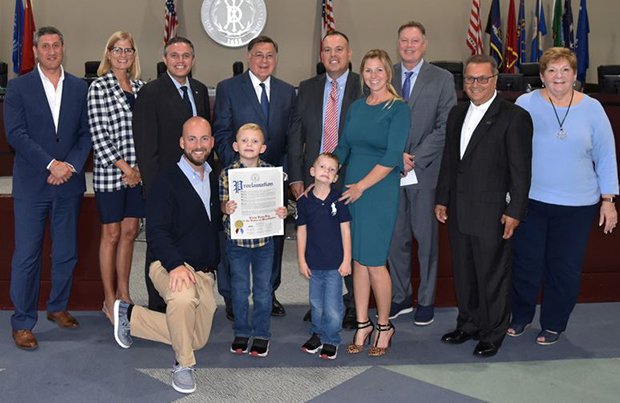 On September 11, 2001, Stephen Siller ran through the Brooklyn Battery Tunnel, with 60 pounds of firefighting gear strapped to his back toward the Twin Towers, where he ultimately made the greatest sacrifice - giving his life to save others on one of the most horrific days in American history. Since then, Siller’s heroic effort has been honored by the Tunnel to Towers Foundation, a non-profit that supports first responders, veterans, and their families by providing the families they leave behind with mortgage-free homes.

Last month, a young Long Islander added his name to the list of people who have gone above and beyond to support the Tunnel to Towers Foundation’s mission. Seven-year-old Ricky Taylor raised over $4,000 for the charity riding his bike for 20 miles, one mile for each year in honor of the 20th anniversary of the terrorist attacks on 9/11.

During his ride Ricky actually took a spill, crashing into a chain link fence covered in thorn bushes at the 14.5-mile mark. Ricky finished the ride with a bloody leg. He said that “those firemen didn’t give up, so neither will I” and persevered.

“We can all learn a lot from young Ricky Taylor,” said Brookehaven Town Councilman Dan Panico, in a ceremony honoring Ricky’s fundraising efforts. “His patriotism and drive to make a difference are positive qualities for people, whether you are 7 or 97 years old. Good for you Ricky and keep up the good work.”

Visit the Tunnel to Towers Foundation website for more information.