National Weather Service warms of 50 MPH winds, up to three inches of rainfall. 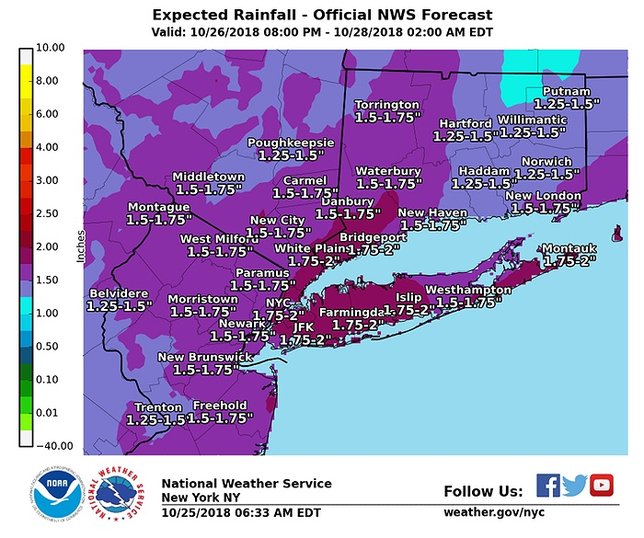 A NWS map of projected rainfall in the Long Island region this weekend.

Long Island, NY - October 26, 2018 - A nor'easter is slated to hit the shores of Long Island this weekend, bringing with it strong winds, heavy rain, and potential coastal flooding, according to an alert issued by the National Weather Service (NWS).
Made up of the lingering remains of Hurricane Willa, the nor’easter is expected to deliver wind gusts as high as 50 miles per hour and will result in several days of cold, rainy weather that is sure to put a damper on any early Halloween activities local residents may have planned this Saturday and Sunday.
Rain is expected to hit New York at approximately midnight tonight, with the downpour to intensify throughout the early morning hours on Saturday, generating anywhere between one to three inches of rain, depending on how hard the area is hit. 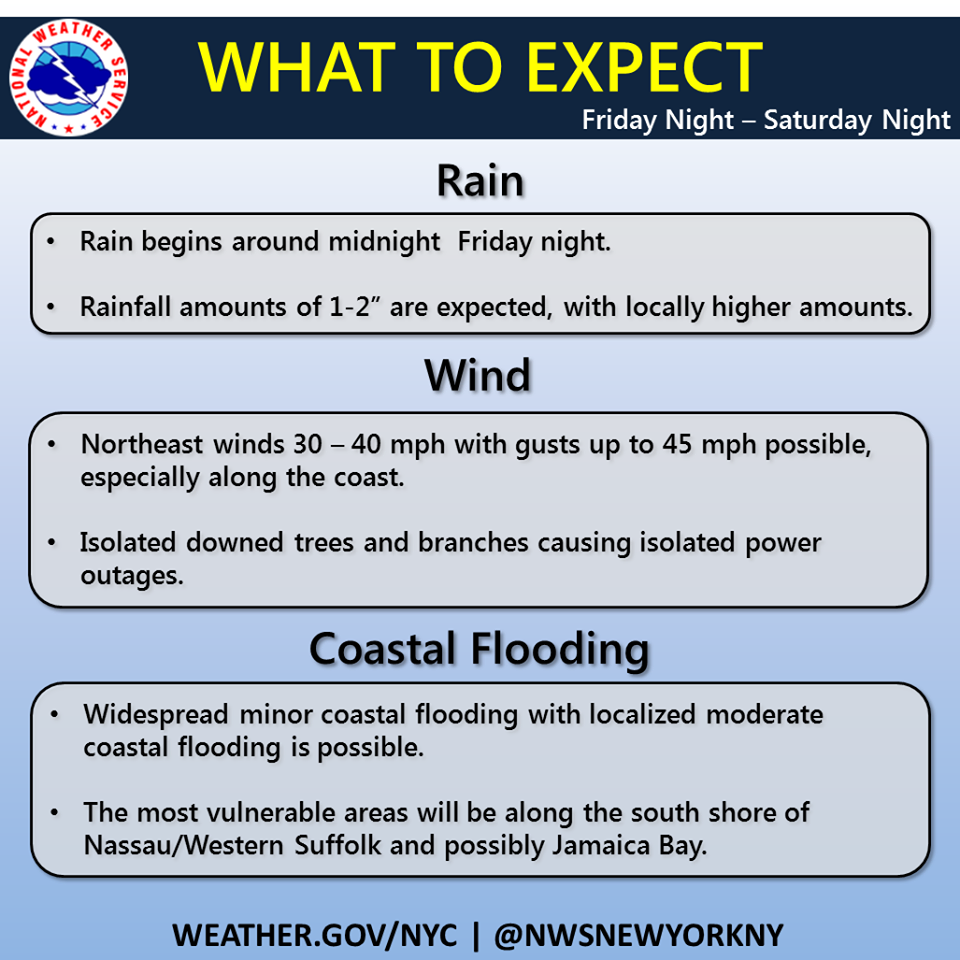 The forecast calls for temperatures in the high 40’s on Saturday, and wind gusts could reach as high as 50 miles per hour in coastal regions, and 35 to 40 miles per hour more inland. The NWS warns that coastal areas will be face potential flooding and that residents of those areas should take precautions as a result.
The harsh weather is expected to let up slightly on Sunday, with temperatures in the mid-to-high 50’s and a mixture of sun and clouds; however, a chance of more rain will hang over the forecast during the daytime hours, with the chance of precipitation increasing as Sunday evening approaches. 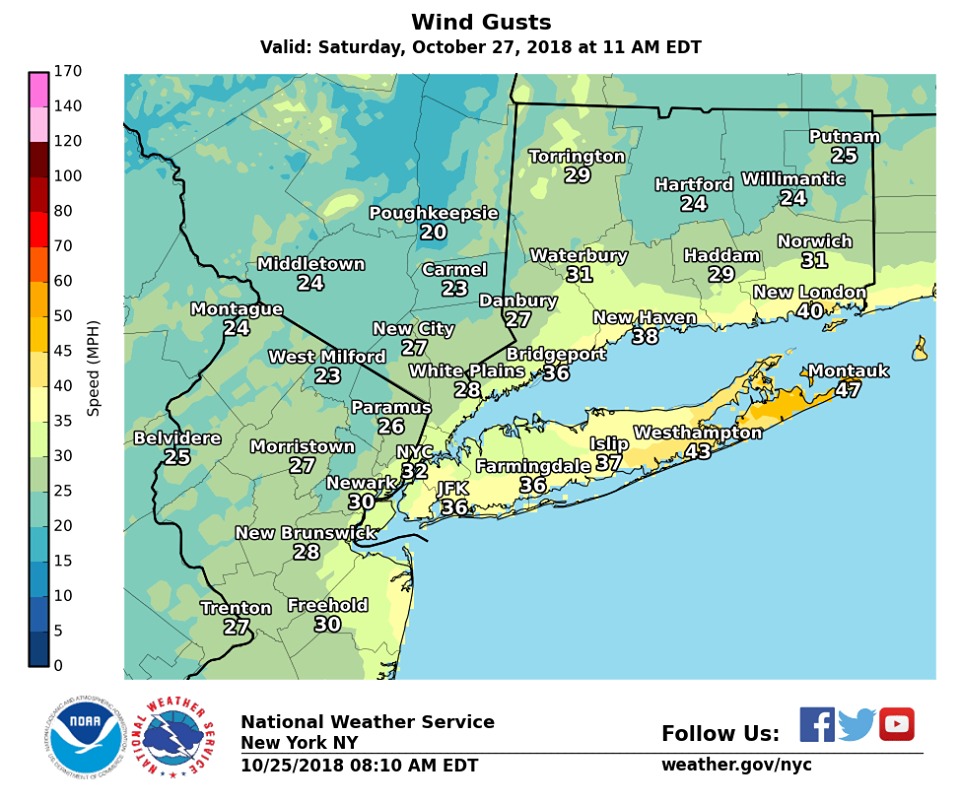 The NWS has issued the following Advisories for the Long Island region:

Be prepared and stay safe during extreme weather:
Here is the official NWS forecast for Long Island the next several days: