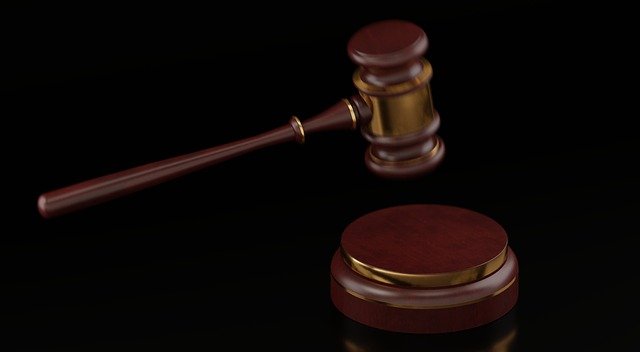 New York, NY - October 26, 2018 - Attorney General Barbara D. Underwood today announced a judgment against Joseph Funding Company, Inc. and its owners Joseph Holman a/k/a Reggie Holman and Rebecca Ausby a/k/a Rena Holman for falsely advertising as real estate and property management professionals and engaging in repeated and persistent fraudulent conduct. The Honorable Donald A. Greenwood of Onondaga County Supreme Court found that the respondents used deception, misrepresentation, concealment, false pretense or promises, and unconscionable contractual provisions to trick several New York homeowners into turning over ownership of their homes to the company. The court order permanently bans Holman and Ausby from owning or operating any real estate or real estate investment business in New York State and requires them to pay $98,891 in victim restitution, civil penalties, and costs.
“Deceiving homeowners through tricks and false pretenses is unconscionable – and against the law,” said Attorney General Underwood. “This court order reminds New York businesses that engaging in fraudulent practices will not be tolerated by my office. I encourage consumers to use our tips to protect themselves from deed theft and other foreclosure scams.”
Ausby and Holman preyed on homeowners who were struggling to pay their mortgage, at risk of foreclosure, or interested in getting rid of hard-to-sell properties without any profit or loss. As owners of Joseph Funding Company, Ausby and Holman represented that they were real estate professionals who had extensive experience buying and selling homes and managing properties – including homes in economically depressed neighborhoods. They offered to sell consumers’ homes for them and promised to manage their properties prior to sale by finding tenants, collecting the rent, and paying the consumer’s mortgage. Ausby and Holman advertised that Joseph Funding Company buys and sell houses quickly, and the company’s recorded voicemail message stated that they could take over the homeowner’s mortgage payments right away. Their website identified dozens of properties that they were managing or had recently sold or rented. In fact, the listings were fake; Joseph Funding Company had no connection to most of the listed properties. Furthermore, neither Holman nor Ausby are licensed by the New York State Department of State as real estate professionals and therefore are not authorized to sell or manage properties in New York State.
To solidify the property management deal, Holman and Ausby presented consumers with paperwork to be signed in order to make Ms. Ausby the Trustee for the property and the consumer’s power of attorney. However, consumers were not informed that they were also signing a document that assigned their interest in the trust to Mr. Holman and transferred ownership of the property’s deed to Joseph Funding Company. After taking full ownership of the property, Holman and Ausby failed to abide by their promise to pay consumers’ mortgages. The company typically paid the homeowner’s mortgage for a few months to a year, and then stopped without informing the consumers, but continued to profit from the monthly rental incomes.
Consumers first learned that they had defaulted on their mortgages when they experienced problems with their credit or were sued in a foreclosure action. Consumers reported to the Attorney General’s office that they were promised these services as a guise and that they were duped into signing paperwork that transferred their property’s deed to Rebecca Ausby and Joseph Funding Company. Five homeowners unknowingly lost ownership of their homes, yet remained fully responsible for the mortgage payments. In November 2017, the Attorney General’s office filed suit against Joseph Funding Company Inc., Joseph Holman, and Rebecca Ausby.
Holman and Ausby also advertised that they could stop foreclosure and come up with solutions to help people in default. New York State Real Property Law regulates “distressed property consultants” and requires that such consultants have written consulting contracts that include specific disclosures. Online advertising is also regulated and must disclose to homeowners that government-approved housing counselors may provide the same services for free. Joseph Funding Company did not have the required contracts and disclosures. One homeowner who was in default on his mortgage was allegedly led to believe that he had sold his home to Joseph Funding Company, and that Ausby and Holman would pay the bank directly for the property. Unbeknownst to him, he gave away his property but received no money. Holman and Ausby did not pay the bank at all, and the bank foreclosed on the property.
Homeowners at risk of foreclosure should reach out to the Attorney General’s office, which can connect them with a free, qualified housing counseling through the Attorney General’s Homeowner Protection Program (HOPP). Additionally, the Attorney General suggests that people struggling with their mortgage visit HomeownerHelpNY.com for helpful information, including:
The case was handled by Assistant Attorneys General Judith Malkin of the Syracuse Regional Office and Michael J. Danaher of the Binghamton Regional Office, under the supervision of Assistant Attorney General-in-Charge of the Syracuse Regional Office Ed Thompson and Assistant Attorney General-in-Charge of the Binghamton Regional Office James E. Shoemaker, with assistance from Investigator Andrea Hughes. The Regional Offices are part of the Division of Regional Affairs, which is led by Acting Executive Deputy Attorney General for Regional Affairs Gary Brown.