Woman Killed After Being Ejected from Motorcycle in Crash 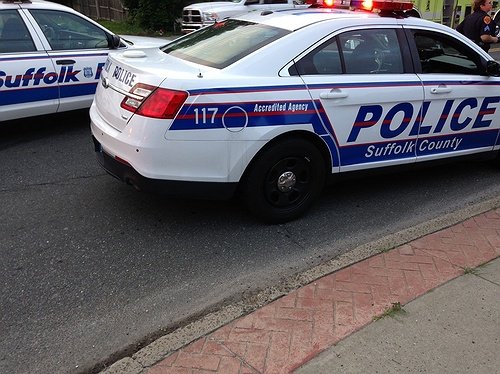 Mary Santry-Rosenvinge, was driving her 2015 Toyota RAV4 eastbound on Fort Salonga Road at approximately 5:35 p.m. and, as she attempted to make a left hand turn into her driveway, west of Sandy Hollow Road, her vehicle struck a 2008 Harley Davidson motorcycle operated by James Losito, who was traveling westbound on Fort Salonga Road. Losito’s girlfriend, Martha Garcia, was riding on the back of the motorcycle and was ejected from the vehicle. Garcia, 57, of Floral Park, was transported to Huntington Hospital where she was pronounced dead.

Losito, 53, of Floral Park, and Santry-Rosenvinge, 66, of Fort Salonga Road, Northport, were transported to Huntington Hospital where they are being treated for non-life-threatening injuries.

The vehicles were impounded for safety checks and the investigation is continuing. Detectives are asking anyone with information about this incident to contact the Second Squad at 631-854-8252.