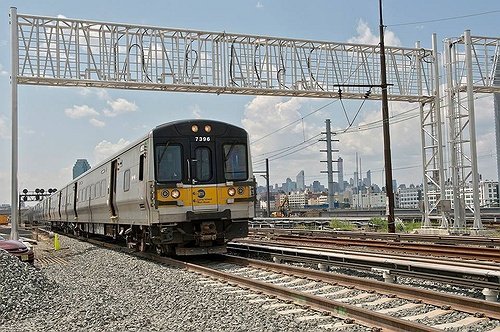 Long Island, NY - October 26, 2015 - Buses will replace train service on the Long Island Rail Road’s Ronkonkoma Branch between Ronkonkoma and Hicksville from 12:45 a.m. Saturday, October 31 until 12:45 a.m. Monday, November 2 for scheduled track maintenance. To avoid busing and delays, customers are encouraged to use other branches of the Railroad if possible.

The LIRR will be installing a new switches in Wyandanch and conducting Sperry Rail diagnostic testing between Farmingdale and Ronkonkoma looking for defective track and installing new rail as needed.

The 48 hour outage is expected to impact approximately 13,000 customers traveling in each direction over the two-day period. Special Ronkonkoma Branch Timetables for the weekend of October 31-November 1 are available at station ticket offices and can be found on the MTA website. Customers should plan ahead and allow for as much as an hour extra travel time.