New Jersey native author Steven Winkelstein is thrilled to announce the launch of his newest book, Brisko: A True Tale of Survival. 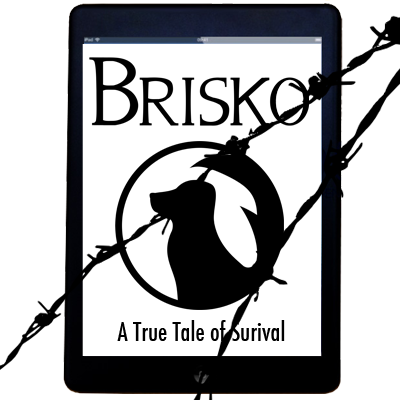 Margate City, NJ - October 24th, 2013 - New Jersey native author Steven Winkelstein is thrilled to announce the launch of his newest book, Brisko: A True Tale of Survival. A true story, written for middle-school audiences, Brisko is about one of the last living Holocaust survivors. As a young girl, the survivor of Brisko had to live in a haystack for 18 months, while her only hope for survival depended on a dog named Brisko.

Winkelstein, author of five children's books, has teamed up with Twin Engine Labs to create an app for Brisko — hoping to bring this story and Holocaust education into the 21st century. The app will include interactive resources (such as maps, audio of the survivor, and web links), network capabilities for students across the world to conduct discussions, diagrams of war machines, and of course the story itself. Currently being developed for iPad and iPhone, the app will be sold through the Apple store once completed.

In order to help put the necessary funds into place to complete the final phases of app development and publication, Winkelstein launched an Indiegogo Crowdfunding campaign on October 15th. By reaching out to an extensive network of Jewish people; dog and animal lovers; book lovers; technology lovers; education lovers; and just plain people lovers; Winkelstein hopes to raise 54,000 dollars in just 30 days.

Not only is this the first time that the Survivor has shared her story, but Brisko will be the first in a new wave of 21st century Holocaust education for students today and tomorrow. So please, get out there and start sharing!