Valley Stream community is outraged by the 4.6% to 12.2% school property tax increases resulting from the unusual tax abatement granted in December of 2014 to the Green Acres Mall. 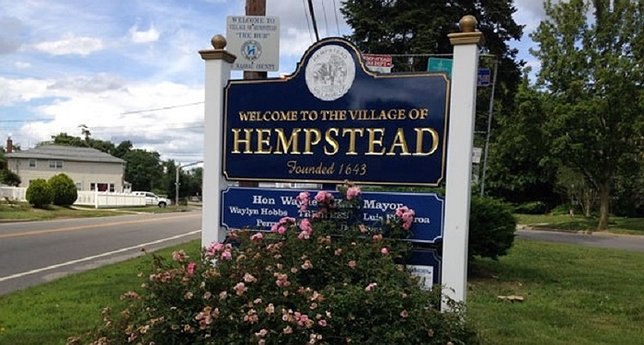 Calls for Town of Hempstead and Its IDA to reimburse Valley Stream residents.

Mineola, NY - October 24, 2016 - The Comptroller’s Office sent notice to the Town of Hempstead Industrial Development Agency (IDA), on October 20, 2016, that it has commenced a formal audit of its payment in lieu of taxes (PILOT) programs with particular emphasis on the PILOT granted to the Green Acres Mall.  The Valley Stream community is outraged by the 4.6% to 12.2% school property tax increases resulting from the unusual tax abatement granted in December of 2014 to the mall.

The tax abatement is unprecedented because for the first time, a PILOT actually reduced the current taxes paid by approximately $2.7 million and also labelled a shopping mall as a “tourist destination,” apparently in order to bypass state law against awarding PILOTs to retail establishments.

“The PILOT granted to Green Acres Mall is a disservice to the residents of Valley Stream and sets a terrible precedent,” said Comptroller George Maragos. “We need to provide investment incentives that create real jobs and economic activity without burdening our hard pressed taxpayers. This PILOT appears unprecedented, overly generous, and contrary to the Hempstead IDA’s own policies. I call on the Town of Hempstead and its IDA to immediately take responsibility for their admitted errors, and to reimburse residents and small businesses for the adverse tax impact from this questionable PILOT. ”

The documents posted on the Hempstead IDA’s website are concerning in that they reveal an expedited PILOT process, and an economic cost-benefit analysis based on apparently erroneous Excel calculations, weak analysis and purported benefits that seem unrelated to the PILOT. The cost-benefit analysis contains only four pages of calculation tables and is without any explanations. Additionally, the calculations appear inconsistent with the scope of the PILOT. The PILOT is described as to assist the purchase of 71.87 acres of expansion and improvements to the existing Mall including, upgrading surface parking, replace roofing, purchasing new security system, upgrading flooring, replacing HVAC, and installing new soft seating and food court furniture. However, most of the economic benefit analysis and jobs deal mostly with the construction of a new Mall to be known as the Green Acres Commons.

Documents reviewed indicated that in a letter dated on December 4, 2014 (apparently incorrectly dated December 4, 2015), the Hempstead IDA advised the Town of Hempstead Supervisor and the Nassau County Executive, among others, that a public hearing would be held on December 15, 2014 on the proposed Green Acres Mall PILOT. As indicated in the Hempstead IDA documents, the public notice was published once only in Newsday on December 5, 2014. There were no residents or interest groups in attendance at that Public Hearing.

In its letter dated December 4, 2014, the Hempstead IDA proposed the Green Acres Mall PILOT. It is curious that the PILOT was proposed on December 4, 2014, when the required economic cost-benefit analysis was not available until December 12, 2014, eight days later, and three days before the public hearing.

In the words of the Town of Hempstead IDA, the PILOT “deviates from the Agency’s Uniform Tax Exemption Policy” in that it provides an optional five year extension and reduced the tax liability. Normally, PILOTs are not awarded with a reduction in taxes, but rather, with a freeze in the current tax rate and for fixed terms, in order not to have an adverse impact on the local taxpayers. In this particular case, the PILOT was awarded for $2.7 million less than the current tax rate with a ten year term plus a five year extension. The impact of this reduction in now having an enormous adverse impact on local Valley Stream residents and small businesses that will now see their property taxes increase by 4-12%.

Accordingly, these observations underscore the necessity for conducting a full and complete audit of the granting of The Green Acres Mall PILOT.

Referenced documents sourced from the Town of Hempstead IDA’s website: