Schumer: Deadline For Sandy Victims To Hold Accountable Insurance Companies For Short-changing Them Is Fast Approaching

Schumer Calls for FEMA To Clarify the Deadline for Challenging Insurance Settlements in Court, So that Victims Get What Their Insurance Companies Owe Them 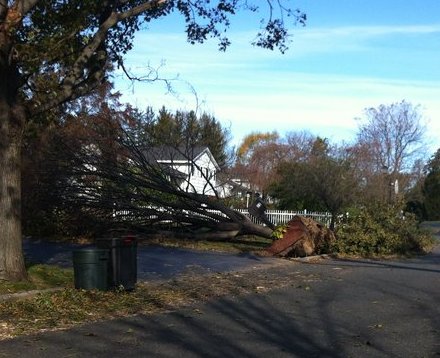 Washington, DC - October 23, 2013 - U.S. Senator Charles E. Schumer today called on FEMA to issue a clear and immediate ruling that extends the statute of limitations for Sandy victims to challenge their insurance companies in court for shortchanging them on an award amount. Under FEMA’s current guidelines, families have only one year from the date they received the “first” written “denial,” or insufficient check, to challenge the amount in court. That day is rapidly approaching, as some homeowners received their first response within months of the storm. In many cases, those homeowners are still submitting documentation and proof to insurance companies.  FEMA’s current policy ensures many homeowners lose the option to take civil action even before they are done negotiating with the insurance companies.  Schumer was joined on his letter by Senator Kirsten Gillibrand.

Schumer said FEMA should not start the clock on the one-year statute of limitations period to pursue civil action until all administrative appeals have been completed and the homeowner has received a final determination the insurer.  That would have the effect of giving sandy victims an additional 18 months or more to hold accountable insurance companies.  This is particularly important because of how complex the rebuilding process has been – a homeowners needs are constantly changing, and insurance companies have shown themselves reluctant to provide a fair amount.

“This is about fairness, due process and common sense. Beginning the clock at the first denial of a claim – instead of the final denial – makes no sense, and necessarily robs many aggrieved homeowners from holding accountable insurance companies that have shortchanged them on what they are owed – and need – to rebuild after Superstorm Sandy,” said Schumer.  “FEMA should clarify the deadline so that Sandy victims can finish negotiating their claims before they are forced into court, where they will likely get less money and incur greater expenses. This is a win-win that will allow homeowners to better access the money they are owed without forcing them to file premature and unnecessary court claims.”

“Sandy-impacted homeowners who suffered damages from the storm are slowly piecing their lives back together and deserve access to fair policies that make all resources available," said Gillibrand. "Struggling families must be given the opportunity to fully exhaust their appeals without risking their right to file suit. I urge FEMA to heed our call to assist Long Islanders through this process."

“This is a serious issue for thousands of homeowners on Long Island who were affected by Superstorm Sandy,” said Assemblyman Curran. “There is currently a discrepancy between the law Congress passed and FEMA’s policies, and we are looking to amend the deadline period so homeowners have a reasonable amount of time and a chance to file disputes against FEMA, as it is their right to do.”

"The disaster relief clinic at Touro Law Center has been on the front lines helping Superstorm Sandy victims for the past year – and we know firsthand how much help and assistance is still needed," said Touro Law Center Dean Patricia Salkin.  "Touro Law Center thanks Senator Schumer for taking action so that we make sure thousands of Sandy victims won't be victimized again by complicated deadlines."

“The one-year deadline to file suit is connected with the process for presenting a claim under the flood policy, which FEMA extended to 18 months in order to protect thousands of Sandy-affected households.  This clarification will provide everyone with more time to find solutions and keep many out of federal court,” said Benjamin Rajotte, Director of the Disaster Law Clinic at Touro Law.

FEMA’s policy on the statute of limitations is particularly puzzling because FEMA granted Sandy-affected households an extension until April 29, 2014 to submit supporting documents to their insurance companies – such documents are called “proof of loss.”  Effectively the proof of loss allows households to present their flood insurance claims for the full amount they believe is owed.  This extension was designed to address the widespread and catastrophic losses that thousands of households have suffered, combined with the unprecedented volume of claims handling and demand for experts to value these losses.  This proof of loss extension was particularly important because many families are still trying to assess how much their insurance companies owe them, including families who are still displaced as a result of the storm.

But while the proof of loss deadline as extended, FEMA has not done the same for the statute of limitations of taking insurance companies to court if, in the end, the insurance check is insufficient.  This is because FEMA appears to maintain that the one-year limitations period in which to file suit starts from the “first” written “denial” from the insurer, and it has since indicated that this denial may be based exclusively on the report made by the insurer’s own insurance adjuster without any documentation from the household.   This could create a situation where you are still allowed to submit evidence, but not allowed to sue in a court if the claim doesn’t come back at a sufficient amount.

“In many cases, these so-called first denials are made by poorly trained adjusters, who work for the insurance companies and get little-to-no input from impacted homeowners. They put the homeowner behind the eight-ball just as they are struggling to cope with massive damage, trying to get their lives back together – and understating a very complicated flood insurance process. It is inherently unfair and we need to rectify that,” said Schumer.

FEMA has made this argument in previous disasters, such as Hurricane Katrina.   Nowhere in the policy, nor in the controlling statute, nor in the regulation does it say that the period to file suit starts from the “first” denial on a claim that has not even been fully presented by the household through the policy’s required proof of loss process.  This is very problematic in Sandy cases which involve extensive property loss, forcing homeowners to document various aspects of their storm-damaged homes and belongings with numerous contractors and insurance adjusters at multiple points in time.   A “denial” at any one point in time, before households even submit all of their paperwork, starts the clock.  There is an obvious problem if the one-year deadline to file suit expires before the time necessary to fully present the claim.  This interpretation deprives policyholders of the indemnification they are due.

Schumer and Gillibrand’s full letter is below.

We are writing to express our concern regarding Federal Emergency Management Agency (FEMA) guidance that could have the effect of vitiating Sandy victims’ right to challenge their flood insurance claim determinations in court. Current FEMA guidance provides that the one-year statute of limitations period to file suit runs from the date of the “first” written denial of a flood insurance claim. Not only is that interpretation not consistent with the governing statute and the terms of the Standard Flood Insurance Policy, but combined with relief granted by FEMA to Sandy victims extending the deadline for submitting proof of loss statements, could leave homeowners in a “catch-22”: Hurry up and file a lawsuit, which would require submitting a proof of loss and thus making FEMA’s proof of loss extension meaningless; or wait to submit a proof of loss and obtain a final determination and hope that the court overrules FEMA’s interpretation of the statute of limitations.

This is an untenable situation for homeowners, and we respectfully urge FEMA to clarify its guidance to avoid this unintended consequence of either undermining its earlier relief granting an extension of the proof of loss deadline or potentially vitiating the right of flood victims to challenge their insurance claim determinations in court.

The Standard Flood Insurance Policy (SFIP) requires that policyholders submit a “proof of loss,” including supporting documentation, within 60 days following after the loss. As you know, FEMA has the authority to extend that deadline, which it has done twice. Following the most recent extension, on October 1, proof of loss must be received by the insurer by April 29, 2014 (assuming that the “date of loss” is October 29, 2012). FEMA granted this extension in order to “enable policyholders to timely present their claims,” acknowledging the hardship experienced by many homeowners who had been displaced and were experiencing difficulty in gathering the necessary documentation.

FEMA has reportedly maintained that the extension of the proof of loss deadline did not affect the statute of limitations. But many thousands of homeowners received a first written response on their claim within one or two months following Superstorm Sandy. That means that potentially thousands of households that submit a proof of loss within the extended deadline for Sandy claims – April 29, 2014 – will nonetheless be time-barred from any legal recourse when they dispute the insurer’s decision with respect to that proof of loss, because the decision will have occurred more than one year following .

Accordingly, we urge you to clarify existing guidance regarding the statute of limitations for challenging flood insurance claims as follows: The one-year limitations period in which to file suit should be clarified as beginning to run on the date of the insurer's written decision on the policyholder’s last timely proof of loss submitted within the extended proof of loss deadline for Sandy claims. That is, at least for Sandy claims the insurer’s written decision on the policyholder’s last timely submitted proof of loss should constitute the “written denial of all or part of the claim” for purposes of starting the one-year limitations period for filing suit under the SFIP.

If left unremedied, the statute of limitations period as interpreted by FEMA will render the well-intentioned FEMA proof of loss extension meaningless. FEMA’s current guidance may have the unintended effect of providing shelter for insurance companies while leaving recovering New Yorkers out in the cold. Clarifying this issue will also have the salutary effect of avoiding many unnecessary lawsuits by giving victims more time to negotiate with their flood insurers without risk that their claim will become time-barred.

We respectfully urge you to clarify current guidance and rectify the untenable bind it creates for thousands of New Yorkers and others struggling to recover from Superstorm Sandy. Thank you for your timely consideration of this request. We look forward to working with you to ensure Sandy victims are treated fairly and receive the full benefit of the relief already granted by FEMA.