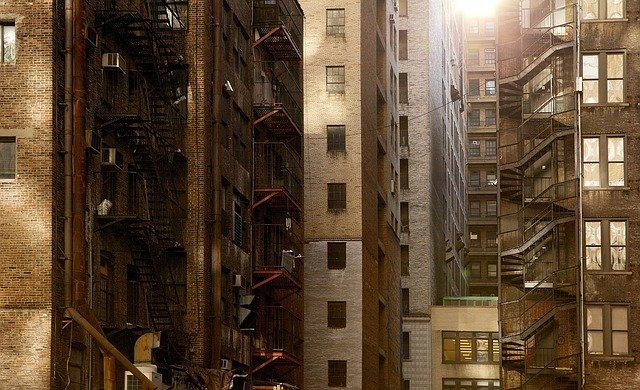 Queens, NY - October 23, 2018 - Attorney General Barbara D. Underwood today announced a lawsuit alleging Ram Cohen, Eldad Cohen, and their real estate company ERC Holding, LLC engaged in a years-long fraudulent scheme to avoid paying over $479,000 in property taxes, manipulate tenants’ leases, deceive regulating agencies, and profit off the sale of a 10-unit apartment building in Fresh Meadows, Queens based on a false rent roll. The Attorney General’s lawsuit seeks to bar Ram Cohen and Eldad Cohen from doing business in the New York real estate industry, and require them to repay all illegally avoided property taxes and profits from the sale of the building, as well as civil penalties and costs.
“As we allege, these landlords fraudulently secured hundreds of thousands of dollars in tax breaks by illegally abusing the 421-a programs and deceiving tenants about their rights,” said Attorney General Underwood. “We have zero tolerance for landlords who try to defraud regulators and their own tenants – and we won’t hesitate to prosecute those who try to line their pockets at the expense of New Yorkers.”
Ram Cohen, Eldad Cohen, and their company ERC Holding, LLC constructed the 10-unit apartment building at 71-44 160th Street, Fresh Meadows, New York from 2006 to 2009. They applied to the New York City Department of Housing Preservation and Development (HPD) for a tax exemption under 421-a of the Real Property Tax Law, which reduces property taxes for eligible new construction condominiums and rentals. Although the Cohens had initially intended to make the building a condominium, in 2009 they decided to operate the building as a rental.
The 421-a tax exemption rules required the Cohens to obey rent stabilization laws when renting out apartments; however, the Attorney General’s lawsuit alleges that they never did. Instead, while receiving the 421-a tax benefits for five years, they gave tenants unregulated leases, which did not offer any of the tenancy protections guaranteed by rent stabilization laws. In 2014, the Attorney General’s office directed the Cohens to register the apartments with the State Division of Housing and Community Renewal (DHCR) and begin treating tenants as rent-stabilized – as is required in order to obtain the tax benefit. As detailed in the suit, the Cohens allegedly continued their fraud by making it appear that they were moving to comply with rent stabilization laws, without actually treating their tenants as rent-stabilized or registering the proper rents.
The lawsuit further alleges that the Cohens continued their fraud by listing inflated rents on all leases while having tenants agree in a separate rider to pay a lower rent. The Cohens allegedly kept these lower rent riders secret from regulating agencies, banks, and a prospective purchaser to make it appear that the building was more valuable than it actually was. By the time the Cohens sold the building in 2016 for $3,750,000, they had never disclosed the true rents paid by tenants to the purchaser or the regulating agencies.
The lawsuit also alleges that the Cohens are currently running another fraudulent scheme in which they pay their employees’ wages through a corporation registered in the name of a property manager of another Queens building. Rather than pay their employees directly, with payroll taxes withheld, they allegedly pass employees’ wages through this shell corporation, off the books.
The Attorney General’s lawsuit seeks an injunction barring Ram Cohen, Eldad Cohen, and ERC Holding, LLC from doing business in the New York real estate industry, an injunction prohibiting them from offering real estate securities for sale in New York, disgorgement of all illegally avoided property taxes and profits from the sale of the building, statutory penalties, and costs.
For years, the Attorney General’s office has focused enforcement efforts on holding landlords accountable for violating 421-a rules. The Real Estate Tax Compliance Program, a joint initiative of the Attorney General, the New York City Department of Housing Preservation and Development (HPD), and the Governor’s Tenant Protection Unit (TPU), began in 2014 to ensure building owners receiving 421-a benefits are in compliance with the law.
“I applaud Attorney General Underwood for taking these bad actors to task and putting landlords throughout New York on notice that deceptive practices will not be tolerated. This lawsuit lets both landlords and tenants know that if owners abuse the rent stabilization laws that exist to protect tenants, the City and State will use all resources available to hold them accountable,” said New York City Department of Housing Preservation and Development Commissioner Maria Torres-Springer.
New York State Homes and Community Renewal Commissioner RuthAnne Visnauskas said, “We have zero tolerance for predatory schemes that work to subvert the rights and protections of rent-regulated tenants. As part of the ongoing coordinated enforcement activities of the Governor’s Tenant Protection Unit, the State continues to work with the Attorney General’s office and New York City’s regulatory agencies to protect the rights of tenants and New York’s affordable housing stock. Together we will continue to apply the full force of the law to root out bad actors.”
This case was handled by the Real Estate Finance Bureau’s Senior Enforcement Counsel Rachel Hannaford, Enforcement Chief Louis Solomon, and Bureau Chief Brent Meltzer, under the supervision of Executive Deputy Attorney General for Economic Justice Manisha M. Sheth.