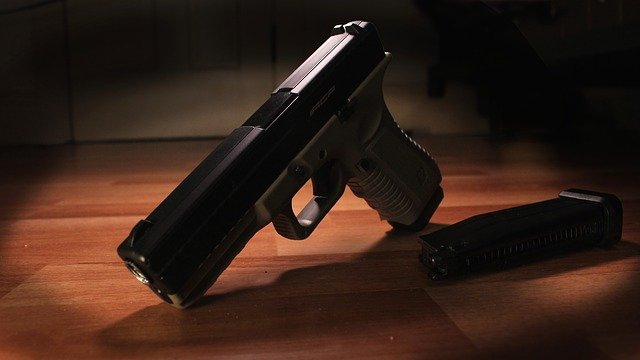 New York, NY - October 23, 2017 - New York Attorney General Eric T. Schneiderman led a coalition of 17 Attorneys General in forcefully opposing the Concealed Carry Reciprocity Act of 2017, arguing that the ill-conceived legislation would override local public safety decisions and endanger communities and police.
The legislation (H.R. 38 / S. 446) would force states to recognize concealed carry weapon permits from other states.
The letter, sent to House and Senate leadership, was led by Attorney General Schneiderman, and signed by the Attorneys General of New York, Massachusetts, California, Connecticut, Delaware, Hawaii, Illinois, Iowa, Maryland, New Mexico, North Carolina, Oregon, Pennsylvania, Rhode Island, Virginia, Washington, and the District of Columbia. Collectively, these Attorneys General represent over 140 million Americans.
“What’s right for one state is not right for all. This lowest-common-denominator approach would undermine states’ basic responsibility to protect our communities – including by determining who may carry a concealed, loaded gun within our borders,” said Attorney General Schneiderman. “After each tragedy we lament the loopholes in our federal gun laws; it’s vital that we not create another one. This legislation would risk the lives of our families and our law enforcement officers, while facilitating gun trafficking and promoting mass violence – and Congress must swiftly reject it.”
As the highest ranking law enforcement officers for their states, the Attorneys General fear that, if enacted, the legislation would inevitably “lead to the death of police officers and civilians, the proliferation of gun traffickers, and acts of terrorism and other mass violence.”
“Under the legislation, our residents would lose the protections that their legislators and law enforcement agencies have deemed appropriate, in favor of rules made by States legislating for very different local conditions. Rather than creating a new national standard for who may carry concealed firearms, these bills would elevate the lowest state standard over higher ones and force some States to allow concealed carry by people who do not qualify under their laws,” the Attorneys General wrote. That lowest state standard would, for example, weaken local prohibitions on concealed carry by violent misdemeanor offenders, domestic abuses, and others who states have determined would pose a danger.
The Attorneys General also point out that our country’s Constitution and federalist system primarily reserve policing the public safety to the states, given the great diversity between them. “We would not mandate that one State honor another’s fishing, liquor, or hunting permits, yet the proposed legislation applies that same flawed approach to the far more serious issue of who may carry a concealed firearm.”
“The result of the proposed legislation would be a proliferation of potentially dangerous or irresponsible non-residents with concealed weapons in the States, cities, and towns across America that have made local judgments that certain regulations on the carrying of such weapons are necessary to protect public safety. Furthermore, the House bill would override some state laws that prohibit carrying concealed weapons in bars, schools, shopping malls, movie theatres, subways, or parks. States would not be able to enforce those restrictions; nor would local law enforcement officers reacting to specific risks to the public in such locations, which have tragically been the site of mass shootings in recent years,” the Attorneys General wrote.
The letter also highlights how the legislation would endanger local law enforcement officers by forcing them to determine quickly, and often under duress, whether an armed individual is allowed to carry a concealed weapon under his or her local laws. This is particularly disturbing, given that 12 states allow concealed carry without a permit. Finally, the legislation would facilitate gun trafficking, allowing traffickers to even more easily transport guns across state lines with just a driver’s license from a “permitless” state.
“Please do not let concealed carry reciprocity become the next federal loophole lamented in the aftermath of a tragedy,” the Attorneys General conclude.
In addition to these Attorneys General, law enforcement from across the country have spoken out against this legislation – including local police commissioners (including the NYPD and LAPD) and the Law Enforcement Partnership (which is comprised of a dozen law enforcement associations such as the International Association of Chiefs of Police, the Major Cities Chiefs Association, and the Police Foundation).