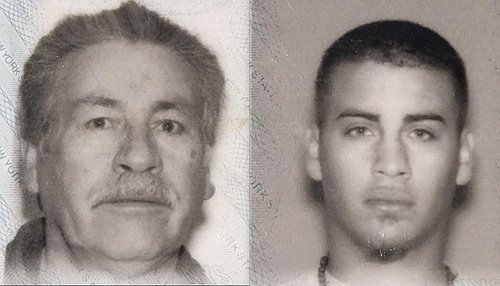 Roy Gross, Chief of the Suffolk County SPCA said that the SPCA received a call that a cockfight was about to take place at 7 Monsen Street in Central Islip yesterday morning.  SPCA Officers, the Suffolk County Police Third Precinct Officers and Crime Control Unit, Town of Islip Fire Marshal's Office and the Town of Islip Animal Control responded. The investigation resulted in the arrest of Victor M. Bonilla, 66, and Jessie Brandon Maldonado, 23, for the possession of 17 fighting birds and the possession of a large quantity of fighting implements, including a fighting ring.

Cockfighting is a cruel, barbaric practice that leads to other crimes. This successful investigation will help disrupt the illegal bird fighting and quality of life issues in Suffolk County and surrounding areas, said Chief Gross.

At total of 17 fighting birds and a Pit Bull were seized by the SPCA.