If you have a dog or cat that became ill after eating jerky pet treats, the Food and Drug Administration (FDA) would like to hear from you or your veterinarian. 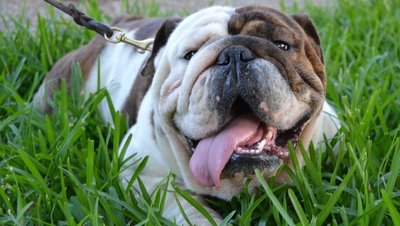 Nassau County, NY - October 23rd, 2013 - If you have a dog or cat that became ill after eating jerky pet treats, the Food and Drug Administration (FDA) would like to hear from you or your veterinarian.

The agency has repeatedly issued alerts to consumers about reports it has received concerning jerky pet treat-related illnesses involving 3,600 dogs and 10 cats in the U.S. since 2007. Approximately 580 of those pets have died.

To date, FDA's Center for Veterinary Medicine (CVM) has conducted more than 1,200 tests, visited jerky pet treat manufacturers in China and collaborated with colleagues in academia, industry, state labs and foreign governments. Yet the exact cause of the illnesses remains elusive.

To gather even more information, FDA is reaching out to licensed veterinarians and pet owners across the country. "This is one of the most elusive and mysterious outbreaks we've encountered," says CVM Director Bernadette Dunham, DVM, Ph.D. "Our beloved four-legged companions deserve our best effort, and we are giving it."

In a letter addressing U.S. licensed veterinarians, FDA lists what information is needed for labs testing treats and investigating illness and death associated with the treats. In some cases, veterinarians will be asked to provide blood, urine and tissue samples from their patients for further analysis. FDA will request written permission from pet owners and will cover the costs, including shipping, of any tests it requests.

Meanwhile, a consumer fact sheet will accompany the letter to veterinarians so they can alert consumers to the problem and remind them that treats are not essential to a balanced diet. The fact sheet also explains to consumers how they can help FDA's investigation by reporting potential jerky pet treat-related illnesses online or by calling the FDA Consumer Complaint Coordinator for their state.

What to Look Out For
Within hours of eating treats sold as jerky tenders or strips made of chicken, duck, sweet potatoes and/or dried fruit, some pets have exhibited decreased appetite, decreased activity, vomiting, diarrhea (sometimes with blood or mucus), increased water consumption, and/or increased urination.

The remaining cases reported various symptoms, such as collapse, convulsions or skin issues.

Most of the jerky treats implicated have been made in China. Manufacturers of pet foods are not required by U.S. law to state the country of origin for each ingredient in their products.

A number of jerky pet treat products were removed from the market in January 2013 after a New York State lab reported finding evidence of up to six drugs in certain jerky pet treats made in China. While the levels of these drugs were very low and it's unlikely that they caused the illnesses, FDA noted a decrease in reports of jerky-suspected illnesses after the products were removed from the market. FDA believes that the number of reports may have declined simply because fewer jerky treats were available.

Meanwhile, the agency urges pet owners to be cautious about providing jerky treats. If you do provide them and your pet becomes sick, stop the treats immediately, consider seeing your veterinarian, and save any remaining treats and the packaging for possible testing.


What FDA Is Doing
More than 1,200 jerky pet treat samples have been tested since 2011 for a variety of chemical and microbiological contaminants, from antibiotics to metals, pesticides and Salmonella. DNA testing has also been conducted, along with tests for nutritional composition.

In addition to continuing to test jerky pet treat samples within FDA labs, the agency is working with the Veterinary Laboratory Investigation and Response Network (Vet-LIRN), an FDA-coordinated network of government and veterinary diagnostic laboratories across the U.S. and Canada. (A summary of the tests is available on Vet-LIRN's webpage.)

Inspections of the facilities in China that manufacture jerky products associated with some of the highest numbers of pet illness reports did not identify the cause of illness. However, they did identify additional paths of investigation, such as the supply chain of some ingredients in the treats. Although FDA inspectors have found no evidence identifying the cause of the spate of illnesses, they did find that one firm used falsified receiving documents for glycerin, a jerky ingredient. Chinese authorities informed FDA that they had seized products at the firm and suspended its exports.

To identify the root cause of this problem, FDA is meeting regularly with regulators in China to share findings. The agency also plans to host Chinese scientists at its veterinary research facility to increase scientific cooperation.

FDA has also reached out to U.S. pet food firms seeking further collaboration on scientific issues and data sharing, and has contracted with diagnostic labs.

"Our fervent hope as animal lovers," says Dunham, "is that we will soon find the cause of-and put a stop to-these illnesses."