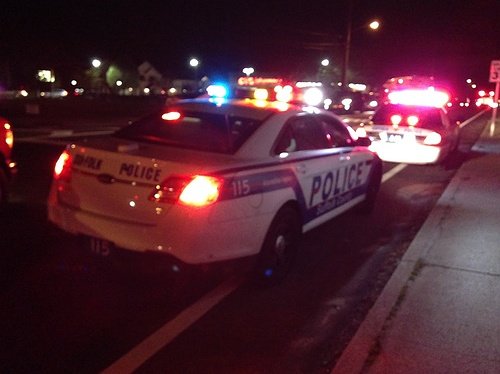 Update - October 22, 2015 - Brittany Vella, 25, of Middle Island, and Sarwan NN, 60, of Smithtown, have been identified as the two people killed in the wrong-way crash on the Northern State Parkway on October 20.

A Third Precinct police officer initiated a traffic stop in the parking lot of 7-Eleven, located at 1074 Motor Parkway in Central Islip. The suspect vehicle was a Dodge Durango with license plates affixed that did not match the registered vehicle. During the officer’s investigation, he was also attempting to determine if the vehicle’s female operator was under the influence of alcohol and/or drugs.

The female suspect fled the traffic stop in the Dodge Durango, traveling westbound on Motor Parkway. As the suspect approached Motor Parkway and Commack Road, she entered the eastbound lanes of the Northern State Parkway traveling westbound. The Durango struck a 2011 Honda Accord head on between the exits for Wolf Hill Road and Route 231 in Dix Hills. Subsequent to the crash, the Durango became engulfed in flames. In an effort to save the woman from the burning vehicle, the police officer used fire extinguishers from his marked police vehicle in an unsuccessful attempt to extinguish the flames.

Both drivers were pronounced dead at the scene. The male driver of the Honda has been tentatively identified as a 60-year-old Smithtown resident. The man’s family has been notified, however, his identification will not be released until positive identification is made by the Office of the Suffolk County Medical Examiner. The female driver’s identity is also pending verification by the medical examiner.

There were no other occupants in either vehicle. No other police vehicles were involved in the pursuit.

New York State Police, who patrol the parkway, were notified by Suffolk County Police Communications Section at the onset of the incident and are not involved in the investigation.

Both vehicles were impounded and detectives are asking anyone with information on this incident to call the Vehicular Crime Unit at 631-852-6553.