State Parks Urges Boaters to Be Prepared for Cold Water 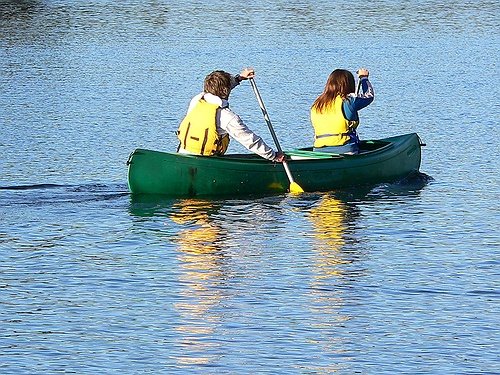 "As our autumn days grow shorter and the water temperatures colder, hunters, anglers, paddlers and all boaters need to take extra steps to protect themselves from the dangers of being suddenly thrown overboard, swamped or stranded in cold water," Commissioner Harvey said. "Knowing the risks of cold water and taking the right precautions may save your life."

Sudden immersion in cold water can cause gasping and inhalation of water and hypothermia, resulting in unconsciousness or swimming failure as muscles become numb. Wearing a life jacket may keep your head above water and support your body should your swimming ability fail or you become unconscious. Additionally, state law requires life jackets be worn by anyone on all boats less than 21 feet in length between November 1 and May 1.

State Parks makes the following recommendations to boaters heading out on the water this fall:

Of New York's 18 fatalities associated with recreational boating in 2013, more than a third of those deaths involved small manually propelled watercraft, occurring either early or late in the season when water temperatures were cold. In almost every one of those fatal accidents, life jackets were not worn and in some cases were not on board at the time of the accident. The Coast Guard estimates that 80 percent of all boating accident deaths might have been prevented had a life jacket been worn.

Should you ever find yourself in the water it is recommended that you stay with - and preferably on top of - your boat. Never overestimate your swimming ability. All too often people underestimate the distance to shore or the effects of cold water and unfortunately drown while attempting to make it to safety.

The State Parks Marine Service Unit is responsible for the general coordination of boating safety programs and supports marine law enforcement efforts across the state, including patrols, training and funding for local marine enforcement activities. For more information about boating safety – including listings of boating safety courses – and marine recreation in New York State, visit the website.