Member of High-Tech Burglary Crew Pleads Guilty to all Counts 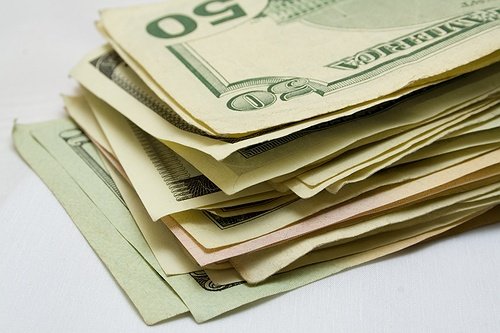 Mineola, NY - October 21, 2014 - Nassau County District Attorney Kathleen Rice announced that a West Babylon man pleaded guilty to all charges he faced for playing a leading role in a brazen, high-tech burglary crew that stole millions of dollars in cash and property from homes and businesses on Long Island and beyond.

Margiellos also pleaded guilty today before Judge Honorof to two counts of Burglary in the 3rd Degree (a D felony) and two counts of Possession of Burglar’s Tools (an A misdemeanor) in connection with two commercial burglaries in May and June 2012.

“Mr. Margiellos may have used sophisticated tools to burglarize homes and businesses, but he made a rookie mistake by underestimating the tenacity and skill of law enforcement,” DA Rice said. “Thanks to the outstanding efforts of the Nassau County Police Department’s DA Squad, the Suffolk County Police Department and the FBI, this defendant will finally be held accountable for using New Yorkers as his own personal piggybank.”

Investigators found that Margiellos was linked to a crew stealing cash and property from 51 residences and commercial establishments between 2009 and 2011 – including 21 in Nassau, 28 in Suffolk, one in Queens, and one in Westchester.

During a portion of this investigation, which included the use of court-authorized wiretaps, detectives intercepted telephone conversations in June of 2012 wherein crew members discussed committing a residential burglary in Suffolk County. Members of the Nassau County Police Department’s DA Squad along with members of the FBI and Suffolk County Police Department set up surveillance on the target location on the night of the burglary.

Margiellos, along with two co-defendants, Gerald Camarano, 55, of Valley Stream, and Trung Lu, 33, of Ridgewood, was arrested in January by the Nassau County Police Department’s DA Squad for a May 2012 burglary at DSW Shoe Warehouse in Carle Place and a June 2012 burglary at Scents Forever in Hicksville.

The cases against Camarano and Lu, as well as two other members of the burglary ring, are pending.

Margiellos was also arrested and charged for a burglary of a Laurel Hollow home on Aug. 21, 2009 in which he attached a GPS device to the victim’s vehicle to track her movements. He stole money and personal property from the home.

The crew is linked to many unsolved burglaries because of distinct patterns that have emerged from the investigation. For example, the crew often cut telephone lines to disable alarms and used cellular telephone signal jamming devices to stop the back-up alarms from notifying the alarm companies’ central stations. At other times the crew gained access to commercial establishments by cutting through the wall of an adjoining building. The crew often targeted cash businesses, and if successful, the business owner’s residences were then burglarized. The crew used GPS devices on business owner’s vehicles to locate the owner’s residence and to track the owner’s movements over an extended period of time so as to develop a pattern in their routine. With nearly all the burglaries, crew members conducted extensive Internet searches and physical surveillance of target locations prior to, in their terms, “going fishing.”