Agreement With 49 States And D.C. Requires GM To Complete All Applicable Recall Repairs And Not Misrepresent Vehicles As “Safe” Until They Comply With Federal Motor Vehicle Safety Standards; New York State Will Receive $4.3 ... 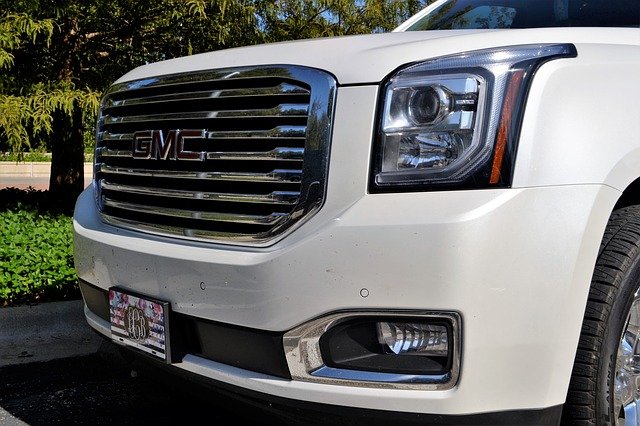 New York, NY - October 20, 2017 - Attorney General Eric T. Schneiderman today announced that 49 states and the District of Columbia have reached a $120 million settlement with General Motors Company (“GM”) over allegations that GM concealed safety issues related to ignition-switch-related defects in GM vehicles. GM agreed to pay the participating attorneys general a total of $120 million, including $4,331,339.27 to New York State.
The settlement concludes a multistate investigation into the auto manufacturer’s failure to disclose in a timely manner known safety defects associated with unintended key rotation-related and/or ignition switch-related issues in several models and model years of GM vehicles.
“Instead of prioritizing customers, General Motors turned a blind eye for years and chose to conceal the safety defects associated with several models of their vehicles,” Attorney General Schneiderman said. “New Yorkers should not have to worry about their steering or brakes failing or their airbags not deploying when they get behind the wheel. Today's settlement ensures that drivers receive the transparency they deserve when they purchase a car.”
In 2014, GM issued seven vehicle recalls in response to unintended key rotation-related and/or ignition switch-related issues, which have affected over 9 million vehicles in the U.S. The recalls involved a defective ignition switch which, under certain conditions, could move out of the “Run” position to the “Accessory” or “Off” position. If this occurs, the driver experiences a loss of electrical systems, including power steering and power brakes. If a collision occurs while the ignition switch is in the “Accessory” or “Off” position, the vehicle’s safety airbags may also fail to deploy, increasing the risk of serious injury or death in certain types of crashes in which the airbag was otherwise designed to deploy. The seven vehicle recalls impacted 25 different makes and models, which are listed in the complaint.
As the states alleged, certain employees of GM and General Motors Corporation (which went through bankruptcy in 2009) knew as early as 2004 that the ignition switch posed a safety defect because it could cause airbag non-deployment. However, despite this knowledge, GM personnel decided it wasn’t a safety concern and delayed making recalls. GM continued to market the reliability and safety of its motor vehicles, which were equipped with this defective ignition switch.
The states alleged that these actions were unfair and deceptive and that the automaker’s actions violated state consumer protection laws, including New York’s § Executive Law 63(12) and General Business Law § § 349 and 350.
In addition to the monetary penalties, under a consent judgment that will be presented to the New York County Supreme Court, GM shall:
In addition to New York, the multistate group – led by Ohio, South Carolina, Connecticut, Florida, Maryland, Michigan, New Jersey, Pennsylvania, and Texas – includes  Alabama, Alaska, Arkansas, California, Colorado, Delaware, District of Columbia, Georgia, Hawaii, Idaho, Illinois, Indiana, Iowa, Kansas, Kentucky, Louisiana, Maine, Massachusetts, Minnesota, Mississippi, Missouri, Montana, Nebraska, Nevada, New Hampshire, New Mexico, North Carolina, North Dakota, Oklahoma, Oregon, Rhode Island, South Dakota, Tennessee, Utah, Vermont, Virginia, Washington, West Virginia, Wisconsin, and Wyoming.