16 year-old Max Miller is attempting to bring his vision – the S.T.E.A.M. Shack – to Sunrise Day Camp 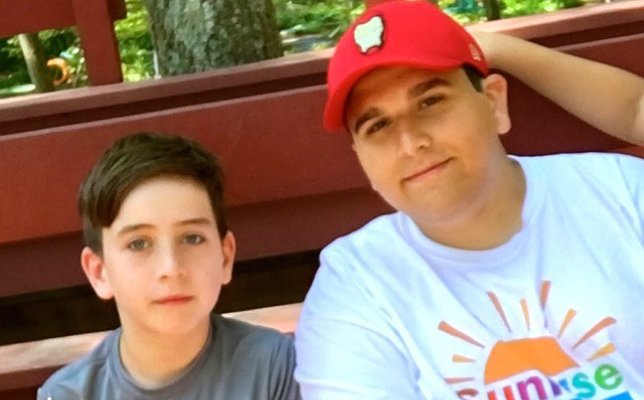 Max Millar of Roslyn (right) is the creator of the upcoming S.T.E.A.M. Shack technology program at the Sunrise Day Camp, a Wheatley Heights-based program for kids with cancer.

Max Miller of Roslyn is already displaying more altruism at the tender age of 16 than many people do over the course of an entire lifetime; a student at Locust Valley’s prestigious Friends Academy and self-described “computer geek” – he’s a Manager and Assistant Captain to the Friends Academy robotics team – Max is starting a charitable endeavor to share his love of all things digital with those less fortunate.

“I'm a big computer guy...I even built my own computer for the first time years ago,” he said. “When I get older, I’d definitely like to get into something with computers, hopefully in Silicon Valley. When I get to college I'd like to major in Computer Science and Computer Engineering...my real dream is to become Chief Technology Officer of a company.”

The Sunrise Association is a not-for-profit organization has been in existence for nearly eleven years, and runs a series of Sunrise Day Camps – including a Long Island location in Wheatley Heights – and in-hospital programs for children with cancer and their siblings, for absolutely no charge whatsoever. His father, David, has a long history of support for the Sunrise Association, and was pleased when his son got involved as well, even making his support of the camp part of his community service for his Bar Mitzvah.

“I'm tremendously proud...I've been involved with Sunrise for years, and now the fact that Max shares my passion for this...that's really what you want from your kids, David said. “You want them to follow in your footsteps and do good for the world, and for me and my wife Vicki, we couldn't be more thrilled.”

Last summer when he served as a counselor at Sunrise Day Camp, a chance encounter with a fellow computer aficionado – a child battling cancer – had a profound effect upon Max.

“When I was volunteering at the camp this past summer, I met a 9 year-old kid who also liked computers, and we bonded,” he said. “He told me that he really wanted to learn how to code, and that he really wished that the camp had a computer lab. I took that idea and I ran with it.”

That was the genesis of the S.T.E.A.M. Shack, Max said. 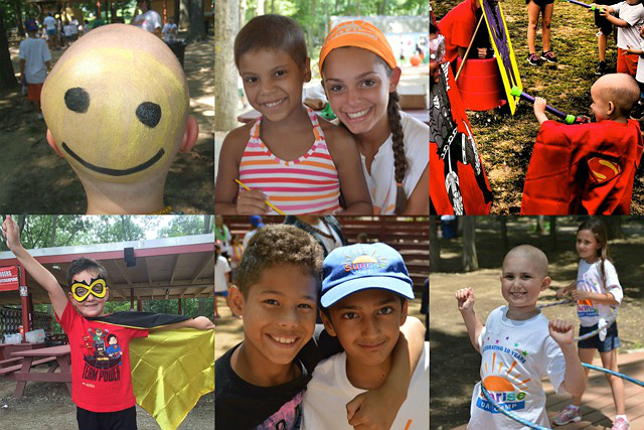 The Sunrise Association is a not-for-profit organization has been in existence for nearly eleven years, and runs a series of Sunrise Day Camps and in-hospital programs for children with cancer and their siblings, for absolutely no charge whatsoever.

“S.T.E.A.M. stands for Science, Technology, Engineering, Arts, and Mathematics. It really started as a computer programming class, but it quickly expanded and evolved far beyond that,” he said. “It's literally just about anything that's technology or science-based, since not every kid can learn programming. Sunrise Day Camp is for children from ages 3 to 17, so the program ranges from things like 3D design where you can print out your work on a 3D printer, to using a Raspberry Pi, which is a very basic, simple computer used to teach young children how to use a computer.”

For Max, the subject of cancer is a near and dear one, having personally stood by a very good friend of his as he fought his own battle against the dread disease...coming out on top, thankfully.

“On the day of my 7th birthday party, the parents of one of my closest friends called to say that he couldn't make it because he was in the hospital with a fever,” he said. “Two days later, we found out he was actually diagnosed with cancer.”

Wanting to help his son's friend, David got in touch what the Sunrise Day Camp director, who invited his friend and younger sibling to participate in the camp that summer. After that point, David became heavily involved with the Camp, to the point that he’s even became a board member and co-chair for one of their regular fundraising events.

Thankfully, Max's friend has been completely in remission for several years. But all along, Max's dedication to the camp has only strengthened, culminating in his recent S.T.E.A.M. Shack proposal, which he brought to Sunrise Day Camp for their approval, according to his father David.

“Max went to the camp with his proposal, and at first they were somewhat resistant because they felt the camp should just be camp...they don't want kids on computers, they want them outside running around,” he said. “But Max made a very compelling argument that the camp already had low-effort activities for kids who can't run around, including a photography studio and arts and crafts. He also noted that becoming proficient with computers is a good way for children in cancer treatment to keep up with their studies at school and not fall behind. In addition, learning computer programming offers tremendous career opportunities.”

The camp agreed, and the next step was funding the project. While they hope to get corporate sponsorship to pay for the building housing the program, Max and David are currently running crowdfunding efforts on Indiegogo’s Generosity website, with a goal of $50,000 that would be used to fund the program, materials, and technology needed to make the S.T.E.A.M. Shack a reality.

David noted that they already have the support of SG Blocks, a building contractor who will construct the facility for the S.T.E.A.M. Shack for $250,000 using recycled containers. But even if they do fail to acquire corporate backing, the S.T.E.A.M. Shack will still go forward with what space they have available to them at Sunrise Day Camp.

But no matter what, Max said that getting to share his passion with kids in need is more than worth all the tireless effort he’s put into making the S.T.E.A.M. Shack a reality.

“It feels really great getting involved in helping kids out...I really think this program is going to be very successful for many of the kids who attend the camp,” he said. “It's just such a good cause to be involved with and I'm proud that I'm involved."