Accident involving three vehicles caused one car to crash into a Lindenhurst canal. 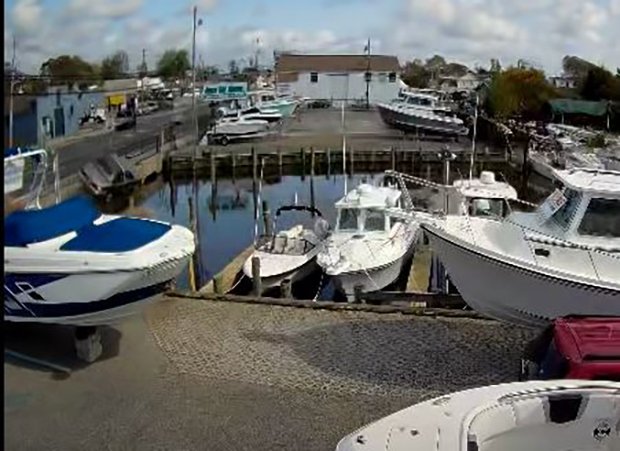 If it wasn’t for the quick actions of police and a handful of Good Samaritans, a Massapequa couple who were caught up in a crash involving three separate vehicles in Lindenhurst might have drowned when their car careened into a canal.

According to a police report, two Suffolk County police officers, a Lake Success police officer and five good Samaritans rescued Joseph Abitabile, 78, and Delores Abitabile, 76, from their vehicle after it became submerged in the Lindenhurst canal following a motor vehicle crash.

Initially, a 2018 Ford pickup and 2016 Subaru were involved in a motor vehicle crash at Venetian Promenade and Montauk Highway around noon on Monday. After that accident, the driver of the Subaru backed up his vehicle into eastbound Montauk Highway and was struck by a 2004 Mercury driven by the Abitabiles, which then crashed through a fence and into the canal.

Five good Samaritans, off-duty SCPD Officer John Tighe and on-duty SCPD Officer Debra Gearon jumped into the water and pulled the Abitabiles from their car. The rescuers had to break a window to extricate Delores Abitabile who was unconscious at the time.

Off duty Lake Success Police Officer Robert Russo performed CPR on Abitabile and her pulse and breathing were restored.

A video of the crash and rescue shared by police shows the car falling into the canal and the rescuers retrieving the victims. Watch the video below.

The Abitabiles,, one good Samaritan, the two Suffolk County Police officers, and the driver of the Subaru, Morris Kramer, 85, of Atlantic Beach, were transported to Good Samaritan Hospital Medical Center in West Islip for treatment of non-life-threatening injuries. The driver of the Ford, Greg Destefano, was not injured.