Legislator Bill Lindsay Addresses Congregants of The House of Judah

Legislator Bill Lindsay recently attended the House of Judah of West Sayville's Political Awareness month to speak to residents about the importance of being civically engaged and the ways in which he plans to make ... 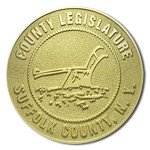 Legislator Lindsay addressed the importance of strengthening Suffolk County’s economy in order for residents to live and work in Suffolk County.