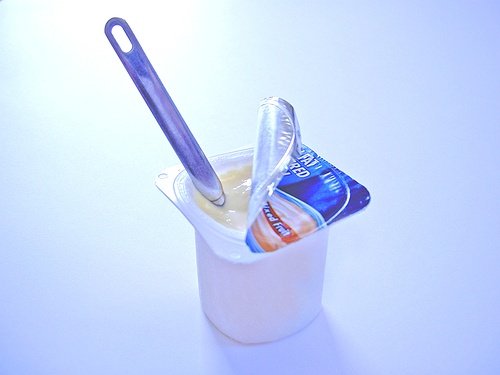 Albany, NY - October 15, 2014 - Governor Andrew M. Cuomo today highlighted the progress made at the 2014 New York State Yogurt Summit, which brought together industry leaders and representatives from state government to share ideas on how to move this growing industry forward in the coming years. A number of measures will be put in place as a result of the summit, which was hosted by Lieutenant Governor Robert J. Duffy at Cornell University’s College of Agriculture and Life Sciences.

"At last year's summit, we listened to New York's yogurt producers and dairy farmers for what we as the state could do to make the industry grow, and this year we are doing the same," Governor Cuomo said. "The success we have seen is another example of how we can work together to create jobs and develop this sector, which is vital to the economy. We are proud that the Empire State is the yogurt capital of the nation, and we will continue to join forces in order to maintain that distinction."

Lieutenant Governor Robert J. Duffy said, "The strides made by the yogurt and dairy industry over the last four years have been tremendous, and this year's summit ensures that we recognize and continue to nurture this growth. Thanks to Governor Cuomo, New York has created an environment in which agriculture can truly thrive, and that leadership is creating more jobs and economic opportunities in every region of our state."

These steps include increased sales of New York State dairy products in state-run institutions, financial assistance to help increase technical assistance for the dairy industry, and initiatives to make the industry more energy efficient. The state will also explore ways to increase access to risk management tools which will better stabilize the industry during times of market instability.

Enhancing use of “Made in NY” dairy products in New York State institutions
At the Governor’s direction, New York will immediately work to increase sales of dairy products made in the state, including butter, cheese, yogurt, cottage cheese, sour cream, cream cheese, and ice cream, to state operated institutions. The Department of Corrections and Community Supervision recently added a 4-ounce vanilla yogurt to its statewide menu. This new business partnership will result in the consumption of approximately 1.2 million cups of yogurt annually while supporting upstate farms with approximately $300,000 in purchases. More than 37% of the Department of Corrections and Community Supervision's total food budget supports products that are grown, produced, or packaged within New York.


Support for SUNY Cobleskill
With a commitment of up to $1 million from New York State, as well as federal and private funds, SUNY Cobleskill will build a state of the art teaching dairy processing facility to build on the regional economic strengths of agriculture and food processing. The project will address the critical need in the northeast for qualified technicians and managers in the food and dairy processing sector and lack of access to training facilities for producers wishing to tap into local value-added food marketing opportunities.

SUNY Cobleskill will provide a certificate of training for an array of processing jobs: laboratory technician, processing specialist, quality technician, and more. Foods processed at the facility will be used throughout the existing campus dining to promote local food and local processing. Coursework will allow students to focus on critical skills, including quality control, good manufacturing practices, regulatory compliance, and food safety and sanitation.


Opportunities in Renewable Energy for New York Dairy Farmers and Producers
Agricultural land use encompasses almost 25% of the state’s land area. This represents tremendous potential for all forms of renewable energy at multiple scales within the dairy industry, including solar electric, solar thermal, large and small wind, anaerobic digestion and cultivation of biomass. At the first Summit, the Governor doubled the amount of per project funding for anaerobic digesters from $1 million to $2 million.

As a result of industry feedback at that Summit, a new Renewable Energy for Agriculture Task Force will advise the Governor on renewable opportunities and industry-specific needs. Development of the strategic plan will have a firm deadline and consistency with the Administration’s goals for the Clean Energy Fund. The Task Force will be comprised of state and industry representatives, and the New York State Energy Research and Development Authority will commit $75,000 to this initiative.

In addition, to continue advancements in digester technology, the New York State Energy Research and Development Authority is prepared to provide up to $1.2 million to support the construction of anaerobic digester technology at Cornell University’s Dairy Research Facility in Harford, New York.

State Agriculture Commissioner Richard A. Ball said, “Governor Cuomo’s demonstrated commitment to agriculture has lifted interest in this industry to heights I have not seen in my lifetime. As our state’s largest agricultural industry, dairy provides thousands of jobs in manufacturing, transportation and retail, while providing a proud way of life for thousands more farmers. Today this Administration once again listened, learned and most importantly acted on the dairy industry’s behalf, providing sensible policies and ideas on how to continue this partnership and help the industry continue its rapid growth in the future.”

State Office of General Services Commissioner RoAnn Destito said, “New York’s dairy industry produces exceptional products enjoyed by millions of people in our state and nationwide. We will work closely with our strategic partners in state and local government as well as the vendor community to meet Governor Cuomo’s directive to increase sales of state-made dairy products here at home.”

Acting Department of Corrections and Community Supervision Commissioner Anthony J. Annucci said, “The Department of Corrections and Community Supervision is working closely with our upstate New York partners to bring a new yogurt product to our inmate population – a nutritious product that has become popular and adopted with enthusiasm in correctional facilities around New York State. Our aim is to collaborate in order to support more New York jobs while continuing to serve our agency’s most basic needs.”

Empire State Development President, CEO & Commissioner Kenneth Adams said, "Yogurt is a major economic driver, especially in New York State which is producing more yogurt than any other state in the nation. This year's summit will help to ensure we are continuing to provide the support our dairy farmers need to sustain and grow the industry and create jobs across the agriculture and food processing sectors."

Kathryn Boor, the Ronald P. Lynch Dean of Cornell University’s College of Agriculture & Life Sciences, said, "The College of Agriculture and Life Sciences at Cornell University is pleased to host this second yogurt summit. Our partnership with New York State producers and growers, businesses and entrepreneurs, and policy makers reflects the wide array of needs and opportunity in the dairy industry. We are proud to be involved in helping this engine of economic development continue to grow and evolve."

Dean Norton, President of the New York Farm Bureau, said, “There is a direct connection between the growth of dairy farming and the positive impact it has on New York’s rural economy. It is helped by the important partnership between our state government and the dairy industry as a whole. We are pleased Governor Cuomo and his administration continue to support the innovative work happening on family farms across New York. By working together on policies that recognize the realities of farming today, we can accomplish great things for the future of agriculture.”

Kerry Adams, Chair of the Northeast Dairy Producers Association, said, “We appreciate the efforts that Governor Cuomo and Commissioner Ball have made to educate our consumers about Pride of NY agricultural products that are produced here in New York State, especially the emphasis that was made at the New York State Fair. We also are thankful for the Governor's willingness to interact with producers and listen to their comments and concerns at the various Summits he has held as well as his appointment of the SILO Task Force. The 2014 Yogurt Summit gives us another opportunity to celebrate New York dairy farmers' hard work and efforts to become the nation’s third top dairy state. Our New York dairy farms are committed to excellence and deserve recognition for producing a high quality, nutritious product-milk!”

Bruce Krupke, Executive Vice President of Northeast Dairy Foods Association, said, “Holding this summit reinforces Governor Cuomo and his administration’s support of the dairy production and processing industry. Over a billion dollars has been invested in new plants or expansions by many yogurt and dairy product manufacturers in New York State in the past 5 years, providing skilled jobs to upstate New York and we need to continue to discuss the challenges and opportunities to support the trend for the next decade.”

Governor Cuomo hosted the first-ever New York State Yogurt Summit in August 2012, outlining a number of regulatory measures to help the yogurt industry expand its rapid growth. Since that first Summit, the state has committed $500,000 for acid whey research, raised the cap under the Concentrated Animal Feeding Operations regulations from 199 dairy cows to 299 dairy cows, implemented the Dairy Acceleration Program with grants ranging from $4,500 to $6,000 to help dairy farms with business and environmental planning, increased funding from $1 million to $2 million for the production of anaerobic digesters, limited the increase of agricultural assessments to two percent per year, and increased the estate tax exemption to assist farm generational transition.