In 2016, Kent Animal will receive a generous $42,000 PetSmart Charities grant to spay or neuter a total of 1,019 pets as part of a continuing campaign against pet homelessness in the region. 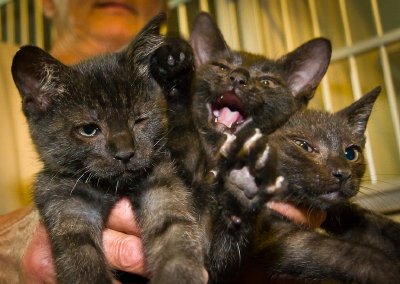 Calverton, NY - October 15, 2015 - In 2016, Kent Animal will receive a generous $42,000 PetSmart Charities grant to spay or neuter a total of 1,019 pets as part of a continuing campaign against pet homelessness in the region. With just one unsterilized pet potentially producing hundreds of thousands more over the course of several years, it’s estimated that next year’s surgeries at the shelter’s clinic will prevent millions of homeless pets.

“When one cat or dog can have one or two litters each year, and each of those pets can in turn have litters, you can see how the problem compounds very quickly,” said Pamela Green, Executive Director of Kent Animal Shelter in Calverton. “A big reason for pet homelessness is unwanted litters so a big part of the solution is pet sterilization. We’re grateful to PetSmart Charities for not only recognizing the reality of the situation but giving us resources to help deal with it.”

The funding has been designated for four campaigns: a “Happy Neuter Year” campaign for male cats and dogs in January, a “Beat the Heat” campaign for feral and owned free roaming cats in February, a “Precious Not Parents” campaign for dogs and cats aged six months or younger in June, and a “Primp Your Pit” campaign for pit bulls and pit bull mixes in August.

This is the fourth year that PetSmart Charities has awarded spay/neuter grants to the Kent Animal Shelter.

Spaying and neutering is one of the most effective ways to reduce the homeless pet population and is safe for puppies and kittens as young as eight to 10 weeks old, according to the American Veterinary Medical Association.

About Kent Animal Shelter: Kent Animal Shelter is a 501C3 organization establishd in 1968 in Calverton, NY that provides a no-kill haven for homeless animals, adoption services, a spay/neuter clinic, and humane education. More information is available at www.KentAnimalShelter.com or by calling 631-727-5731.