On Thursday, October 13th, people packed into the Yes We Can Community Center for a town hall convened by New York Renews. 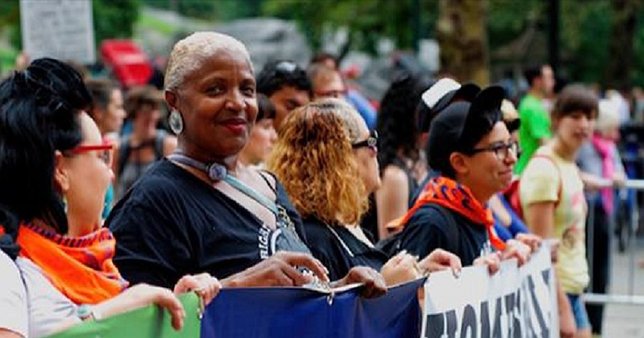 Westbury, NY - October 14, 2016 - On Thursday, October 13th, people packed into the Yes We Can Community Center for a town hall convened by New York Renews, a new statewide coalition of 91 organizations fighting to codify the Governor’s renewable energy and climate goals into law, while ensuring protection for workers and climate-vulnerable communities. With the devastation of Hurricane Matthew still unfolding from Haiti to South Carolina, Fafart Michelle of the Haitian American PAC took the stage to emphasize the dangers posed by climate change, especially to poor communities. She was joined by Lorraine Douze, who was displaced from public housing in Bayshore during Superstorm Sandy, and still lives in a shelter with her family. Both emphasized the need to take bold, immediate action on climate change to avoid further Sandy and Matthew-like storms, whose impacts remain long after the high winds and flooding have receded.

“We’re still in Superstorm Sandy--as far away as it is for other people, we’re still stuck in it,” said Ms. Douze, a member of New York Communities for Change. “It’s like having PTSD.”

The town hall discussion focused primarily on solutions to combating climate change through efforts like NY Renews and the New York Climate and Community Protection Act, a bill backed by the coalition that passed the New York State Assembly in 2016, and drew bipartisan support in the Senate, though was never brought to a vote.


“Passing the Climate and Community Protection Act would mandate into law that New York reach 100% renewable energy economy-wide by 2050, and allocate 40% of state energy funding to the communities that need it most, especially low-income and frontline communities,” said Assemblymember Charles Lavine, a supporter of the bill, who kicked off the evening. “If we pass it, New York becomes the gold standard nationwide for tackling climate change aggressively and equitably.”

The town hall, part of a series of events put on by NY Renews across the state, brought together diverse organizations on Long Island, from labor unions like SEIU 32BJ, to environmental groups like the Sierra Club, to organizations focused primarily on immigrant rights and economic justice, like Make the Road NY.

“We’re gearing up to get the Climate and Community Protection Act across the finish line in 2017,” said Ryan Madden, Sustainability Organizer for the Long Island Progressive Coalition. “It’s unprecedented for most of these groups to be working together on climate change, and I can’t wait to bring this momentum from Long Island to Albany.”