A Long Island resident's play inspired by J.D. Salinger and "The Catcher in the Rye" is debuting at Theater for the New City. 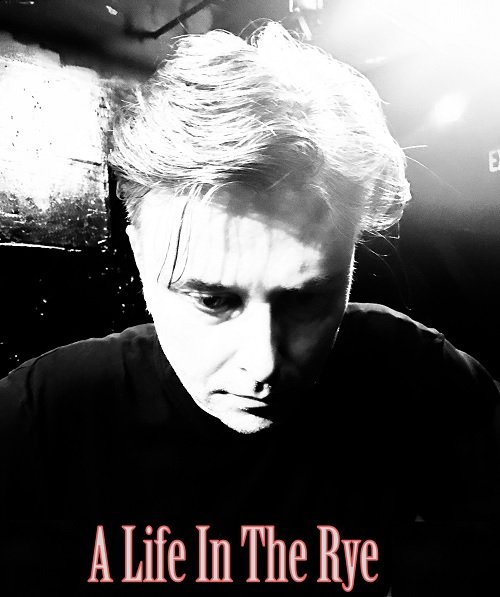 A Life in the Rye tells the story of J.D. Salinger, The Catcher in the Rye, and reaction to the book.

A hundred years after J.D Salinger was born and nearly 70 after “The Catcher in the Rye,” his 277-page, ground breaking novel was published in 1951, a Long Island playwright's play inspired by Salinger and his life is set to open in early November

"A Life In The Rye," a new play by Claude Solnik that looks at J.D. Salinger's life and the impact that "The Catcher In The Rye" had on him, his fans, fanatics obsessed with the book and the world, is slated to run at Theater for the New City, 155 First Ave., in Manhattan on Nov. 7-24.

Joe John Battista directed the show produced by Robert Massimi and Gimme Shelter Productions. Tickets are $18 and $15 for seniors and students.

"This play isn't meant to be simply a biography," Solnik said. "It tells the story of a young man who became a celebrity - and watched a character he created somehow be embraced as the symbol of his generation."

"A Life in the Rye" looks at those who loved the book, as well as those who alluded to it after they committed assassinations, attempting to claim its principal character's desperation as their inspiration.

"'A Life In The Rye' explores the impact that the book 'The Catcher In The Rye' had on not only J.D. Salinger, but his readers and the fanatics who took this book as their anthem," Robert Massimi, producing the show, said.

Few books have become as famous as "The Catcher in the Rye," which became mandatory reading for many high school students - as a kind of anthem of adolescent rebellion.

It has developed a personal meaning for millions and been embraced by people who found solace - and sometimes went on to cause tragedy.

"As required high school reading, 'The Catcher In The Rye' appealed to many loners and outsiders who identified with Holden Caulfield," Massimi said. "Our play examines not only its effects on the young readers, but looks at Salinger's life. A former war veteran who dealt with his own inner demons, he was a man who knew plenty of heartache."

Tom Martin plays the adult J.D. Salinger who interacts with his younger self, played by Willem Long, in a kind of duet that presents a dialogue between dueling Salingers at different times in his life.

We follow Salinger from family life as a young man selling his first short story to The New Yorker, as Tony del Bono plays his father and Thami Moscovici plays his mother.

The play also looks at the women in Salinger's life and how he impacted their lives and they impacted his, including Oona O'Neill, Eugene O'Neill's daughter, played by Janel Koloski, who captures both her look and some of what must of been her spirit.

Oona would eventually move to Hollywood - and further- but only after becoming the model for Sally Hayes in "The Catcher in the Rye."

“The show looks at his life and at literary figures who he met and influenced and was influenced by,” Solnik said. “J.D. Salinger was a loner and a big part of the literary scene. He was in so many ways the opposite of Hemingway, but they met and respected each other.”

Chris Johnson plays Whit Burnett, Hemingway, Shawn, Salinger's agent and Giroux, a litany of literary legends, while Harry Bainbridge plays Chapman and the doctor. And it follows Salinger into and out of Word War II.

After Salinger returned home, Holden Caulfield became a kind of Tom Sawyer or Huck Finn for a more modern era - and his creator rebelled against the pressure to provide more of the same.

“He came back from World War II and hadn’t made peace with things he had seen,” Solnik said. “That must have made the sudden success feel even stranger. He didn't write his way out of trouble, but his writing resonated with so many people.”

The concept of the play came out of a conversation Massimi had with Solnik, after reviewing one of his plays. Massimi suggested that J.D. Salinger's life could be the basis or at least the beginning of a play.

"We started talking about Salinger and how great it would be to put on a play about him," Massimi said. "After it was written, I told Claude that I wanted Joe Batista to direct it. Being around theater since 1980, and seeing as many plays as I have, Joe was my first and only choice."

Massimi said he wanted Battista to bring his vision to the script, which doesn't simply seek to tell the life story of J.D. Salinger, but weave his life and events into a singular show.

Massimi wanted Battista to create a production that would be visually interesting and have an emotional impact.

"Joe is versatile and gifted and has so many insights into theater,” Massimi said. “He has made this show edgy, hip and cutting edge."

Wendy Tonken provides costumes for this version of Salinger's life on stage, while Allison Hohman is production stage manager as well as lighting and sound designer.

John Constantine and Vilma Hodo are assistant stage managers, while John Constantine is production assistant. Robert Massimi came up with the title for the show that seeks to capture Salinger - and see how "The Catcher in the Rye" may have caught him in its net of celebrity.