Ringleader Giovani Ayala-Rodriguez Will Be Sentenced to 6 to 12 Years In State Prison and Pay Over $14k in Restitution. 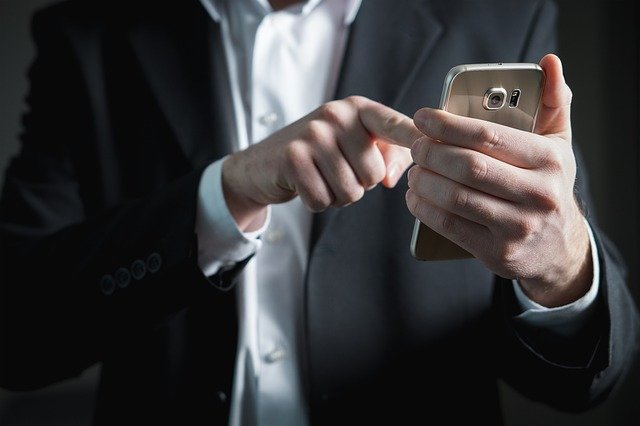 New York, NY - October 9, 2018 - Attorney General Barbara D. Underwood and State Police Superintendent George P. Beach II today announced the felony convictions of Giovani Ayala-Rodriguez, a.k.a. “George Peters,” 27, of Puerto Rico, and Orlando Gonzalez-Rivera, 26, of Syracuse, for their respective roles in an elaborate telephone extortion scheme that operated in Onondaga County and throughout New York State. Ringleader Ayala-Rodriguez will be sentenced to 6 to 12 years in state prison and required to pay $14,529 in restitution. Co-defendant Gonzalez-Rivera was sentenced to six months in jail. The case against co-defendant Eligio Jimenez-Correa remains ongoing.
“Terrorizing innocent New Yorkers in order to make a quick buck is unconscionable,” said Attorney General Underwood. “New Yorkers should continue to be on high alert and use our tips to protect themselves from scam calls. We will not hesitate to prosecute those that try to extort New Yorkers to the fullest extent of the law.”
New York State Police Superintendent George P. Beach II said, “I commend the Office of the Attorney General and our State Police members for their hard work in exposing this heinous extortion. These criminals preyed upon the vulnerability of more than 55 victims. The prosecution of these individuals sends a strong message that those who scam innocent people will be held accountable for their crimes and brought to justice. I want to thank those who worked to put these criminal behind bars so they will no longer be able to take advantage of anyone else with their financial schemes.”
After receiving multiple complaints from victims, in March 2018, the Attorney General’s office issued a consumer alert warning New Yorkers of this extortion scheme. A joint investigation by the New York State Attorney General’s Criminal Enforcement and Financial Crimes Bureau and the New York State Police identified over 55 victims throughout New York State, including in the counties of Onondaga, Kings, Nassau, Oneida, Madison, Oswego, Cayuga, Niagara, Cortland, and Genesee.
The elaborate extortion scheme was conducted by Giovani Ayala-Rodriguez, Eligio Jimenez-Correa, and Orlando Gonzalez-Rivera. Ayala-Rodriguez would call sequential telephone numbers, containing the same area code and three-digit prefix. When a potential victim answered, Ayala-Rodriguez – often using the alias George Peters – claimed that the victims’ close relatives were in a car accident that resulted in injury to his nephew. Ayala-Rodriguez claimed to have abducted the victim’s sibling, spouse, or parent from the purported accident scene to a nearby residence where they would be held until the victim paid a ransom to cover the nephew’s medical bills. Ayala-Rodriguez threatened to cause physical harm to the victim’s family member if a ransom was not paid, and claimed that that he and his nephew were drug dealers and/or gang members. To further instill fear, he would mimic the sounds of the victim’s relative begging, crying, and being assaulted. When certain victims hesitated to comply with his demands, Ayala-Rodriguez threatened to shoot and kill their loved ones.
Some victims were directed to pay the ransom money by following a series of instructions to deliver the money to specific “drop locations.” In other instances, victims were directed to pay ransom money through wire transfers to specific accounts in the United States and/or Puerto Rico, including Walmart-to-Walmart money transfers. Jimenez-Correa and Gonzalez-Rivera allegedly participated in the scheme by picking up money delivered by victims.
After paying the ransom money, many victims were allegedly directed to area hospitals to pick up their relatives – only to learn that they were the victims of an elaborate and terrifying hoax, and that their relatives had never been in car accidents or abducted.
Ringleader Ayala-Rodriguez pleaded guilty today before the Honorable Matthew J. Doran in Onondaga County Court to two counts of Grand Larceny in the Second Degree, a Class “C” felony, and one count of Conspiracy in the Fourth Degree, a Class “E” felony. On October 30, 2018, Ayala-Rodriguez will be sentenced to 6 to 12 years in state prison and ordered to pay $14,529 in restitution.
Gonzalez-Rivera pleaded guilty on August 24, 2018 before the Honorable Matthew J. Doran to one count of Conspiracy in the Fourth Degree. On September 13, 2018, Gonzalez-Rivera was sentenced to six months’ incarceration followed by five years’ probation.
Jimenez-Correa’s next court appearance is scheduled for October 17, 2018.
Attorney General Underwood reminds New Yorkers of the following tips to avoid falling victim to this type of extortion scheme:
If the caller is a stranger, be alert. Be aware that this type of extortion scam depends on fear. The scammer knows they need to work quickly to obtain your money because you may try to take steps, even while on the phone with the scammer, to figure out if your relative is in actual danger. Scammers will try to keep you on the line.
The Office of the Attorney General thanks the New York State Police, Syracuse Police Department, Port Authority Police Department, Onondaga County Sheriff’s Department, Manlius Police Department, Syracuse Field Office of the Federal Bureau of Investigation, and United States Department of Homeland Security for their invaluable assistance on this case.
The Attorney General’s investigation was conducted by Investigator Joel Cordone under the supervision of Deputy Chief Antoine Karam, with the assistance of Investigators Steven Pratt and Ismael Hernandez under the supervision of Supervising Investigator Michael Leahy and Deputy Chief John McManus. The Investigations Bureau is led by Chief Dominick Zarrella.
The criminal case is being handled by Assistant Attorneys General Andrew J. Tarkowski and John R. Healy of the Criminal Enforcement and Financial Crimes Bureau, with the assistance of Legal Analyst Joseph Conniff and Supervising Legal Analyst Paul Strocko. The Criminal Enforcement and Financial Crimes Bureau is led by Bureau Chief Stephanie Swenton and Deputy Bureau Chief Joseph G. D’Arrigo. The Criminal Division is led by Margaret Garnett, Executive Deputy Attorney General for Criminal Justice.