The Rabbit's Foot Bar and Grill Opens in Hicksville 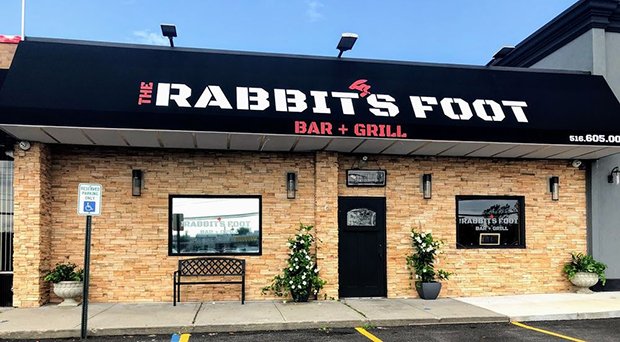 When Terence Scheurer was a lawyer in New York City, he would meet clients at some of the Irish Pubs he represented for his firm, becoming a casual extension of his office and, of course, a place to meet socially for a drink or a meal.

Scheurer started toying with the idea of opening his own bar and grill but it never came to fruition, until now.

“During Covid, I watched numerous businesses shutter its doors, especially local bars and restaurants,” he wrote on his website. “A good friend and client, Francesco (of Francesco’s famous bakery), informed me that one of his tenants decided not to return; that tenant was a restaurant and bar and was a staple in the Hicksville community.”

He took the opportunity to sign a lease in the beginning of the year and in September, The Rabbit's Foot Bar and Grill opened in Hicksville.

The name was derived from a late friend of Scheurer who he initially wanted to partner up with in the venture. Michael Glynn was one of the owners of Kennedy’s Irish Pub in Manhattan, a place Scheurer would frequent.

“Michael would often say, ‘Terence, we need good food, a good location and a little bit of luck!’ Lucky became the theme,” said Scheurer of the name. “From Luck of the Irish to the Lucky Rabbit’s Foot.”

The menu includes typical bar pub fare like burgers and wings. Some of the items have a fun twist on the names like their lucky wabbit wings appetizer ($16) and the holy mac & cheese nuggets ($12). They also have a surf and turf entree ($35), seared tuna ($24), and a tequila steak ($30) on the entree menu.

“This new spot is one to check out,” she wrote. “It has a nice variety on the menu with a lot of options.”

“Decided to give it a try after a friend recommended it,” she wrote. “The food was excellent.”