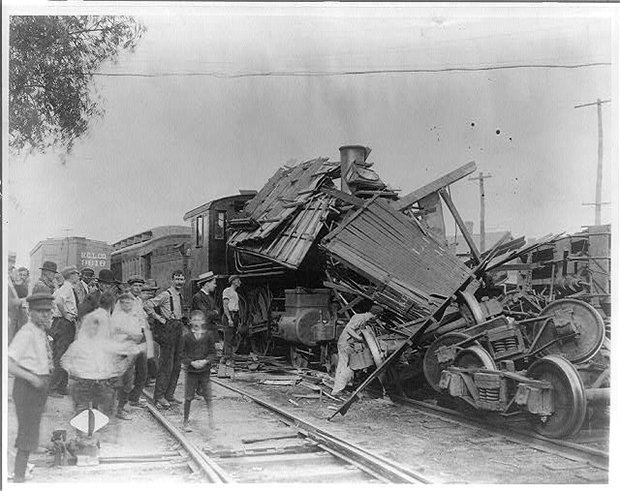 The photo above captures a wreck of a Long Island Railroad train near Fifth Avenue in Bay Shore taken on July 10, 1909. A caption from the archival photo says that the picture shows the wreckage of a railroad train after it collided into the rear of another railroad car. Bystanders nearby watch as two men, probably railroad employees, look over the damage.