Over $1.6 Billion in Liberty and Recovery Zone Bonds to Finance Construction and Development of Tower 3. 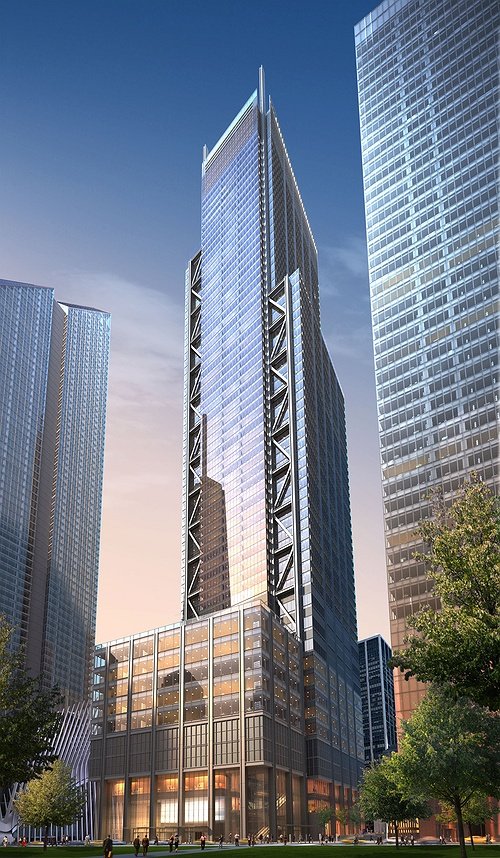 Manhattan, NY - October 6, 2014 - Governor Andrew M. Cuomo today announced the approval of funding to ensure the completion of 3 World Trade Center. The over $1.6 billion in Liberty and Recovery Zone Bonds to finance the construction and development of Tower 3 was approved today during a meeting of the Directors of the New York Liberty Development Corporation.

“The World Trade Center is a reminder of the resilience and determination that defines us as New Yorkers, and today we are taking another step forward in rebuilding it for the future,” Governor Cuomo said. “This funding is crucial to keeping the construction and development of 3 World Trade Center on track, and I look forward to seeing the project come to fruition.”

Scheduled for completion in 2018, Tower 3 will stand 80 stories high and include 58 office floors with approximately 2.5 million square feet of overall office space. Additional funding for 3 World Trade Center will be provided through insurance proceeds and equity contributions by the project developer, World Trade Center LLC, an affiliate of Silverstein Properties, as well as other financial assistance from the state, city, and Port Authority.

The New York Liberty Development Corporation Director Kenneth Adams said, "Today’s approval of $1.6 billion in funding represents a major milestone for the World Trade Center site. Tower 3 is an essential component to revitalizing the downtown area and I thank the Governor, our Directors and all of our partners, for their critical and ongoing leadership and support."

Port Authority Executive Director Pat Foye said, "Today’s issuance of Liberty Bonds to finance the construction of 3 WTC brings us one important step closer to completing our mission of rebuilding the World Trade Center site and is consistent with the modification to the 2010 financing agreement approved by the Board of Commissioners in June."