Governor Andrew M. Cuomo announced that ventilation regulations to protect workers and customers in nail salons across New York are now in effect. 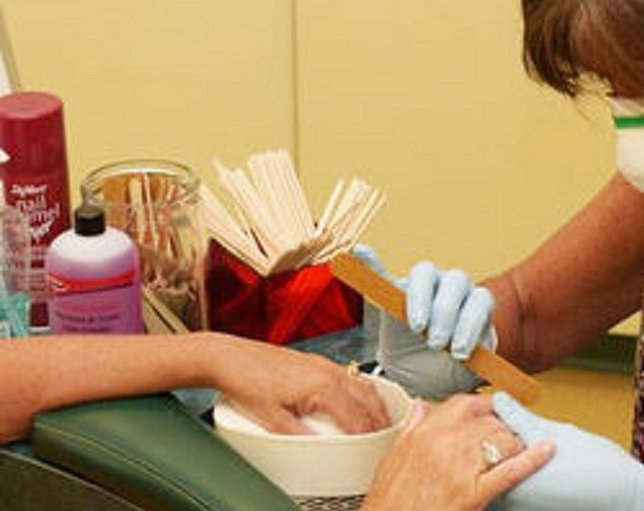 New regulations will make salons in New York State the safest for employees and consumers in the nation.

Albany, NY - October 4, 2016 - Governor Andrew M. Cuomo announced that ventilation regulations to protect workers and customers in nail salons across New York are now in effect. The requirements include supplying fresh outdoor air sufficient to remove all chemicals, vapors, fumes, dust and other air contaminants from the salon and exhaust them safely outdoors. The regulations will make nail salons in New York State the safest for workers and consumers in the nation.

“New York is taking the lead in creating fair and reasonable rules to protect nail salon workers and customers from dangerous chemicals,” Governor Cuomo said. “This is an industry where workers have long been prone to exploitation and unsafe working conditions – and these regulations are the latest step this administration has taken to right these wrongs and help ensure employees across New York are treated fairly and with dignity."

Nail salon ventilation systems must meet the standard set by the 2015 International Mechanical Code, which contains specific ventilation requirements for nail salons and any other businesses that provide nail services, such as hair salons. In addition to supplying fresh outdoor air sufficient to remove all air contaminants from the salon and exhaust them safely outdoors, the ventilation systems must assure that no exhaust air will be recirculated into the salon or into any other space in the building where the business is operating. The code also requires specific exhaust systems at all manicure and pedicure work stations.

The code is the most widely used mechanical code in the United States and is also used as the basis for the mechanical codes of several other countries.

Salons licensed before October 3, 2016, will have an additional five years to comply with the new regulations. By October 3, 2021, all salons will be required to have ventilation systems that meet the new standard. New ventilation regulations are supported by a report produced by the Department of Health, which found that there are potentially harmful chemicals in nail products that can cause short-term and long-term health consequences for workers.

The new nail salon ventilation regulations can be found here. The Department of State’s Division of Licensing Services has been holding meetings to explain the new regulations to the nail salon industry and other businesses licensed by the State to provide nail services. In addition, the Department has created several new handouts and educational materials concerning the requirements relating to ventilation, including a Salon Owner’s How-To Guide to Ventilation, with information to help businesses understand the new ventilation requirements, as well as step-by-step guidance and helpful resources related to hiring a professional to assist with installation of compliant ventilation systems; an Important Tips and Post-Inspection Guidance document with details about how a business can demonstrate to the State it is making a good-faith effort to comply with the regulations, even if it can't immediately come into compliance; a Technical Guidance Document for Professional Engineers and Mechanical Contractors that businesses can share with mechanical contractors, mechanical engineers and HVAC contractors to aid these professionals in designing, building and installing a compliant ventilation system; and a Blank Ventilation Certification Form that businesses can download and print for signature by an authorized installer, manufacturer or design professional.

Julie Kelly, Manager and International Vice-President, New York New Jersey Regional Joint Board, Workers United, an SEIU affiliate, said: "The Ventilation Regulations are an important piece of the puzzle for ensuring healthy salons. It's good for New York when our elected officials listen to working people's concerns and tackle serious hazards for employees, owners, and clients."

Following the Task Force’s creation, New York State enacted a series of nail salon industry reforms, including a requirement that owners provide adequate supplies of appropriate protective equipment, such as masks, eye protection and gloves. Many salon owners were previously charging manicurists for supplies such as gloves and nail clippers.

Earlier this year, Governor Cuomo announced that the Task Force to Combat Worker Exploitation had directed 1,547 businesses to pay nearly $4 million in back wages and damages to more than 7,500 workers since its inception in July 2015. The Governor also announced several initiatives to improve worker health and safety, including a multi-agency investigation into the exploitation of dry cleaning workers and a coordinated effort to ban harmful chemicals, such as perchlorethylene (PERC), that are commonly used in the industry.