The Hurricane Relief concert was put together quickly in support of all of those whose lives were uprooted in recent weeks by hurricanes Harvey, Irma, Jose, and Maria. 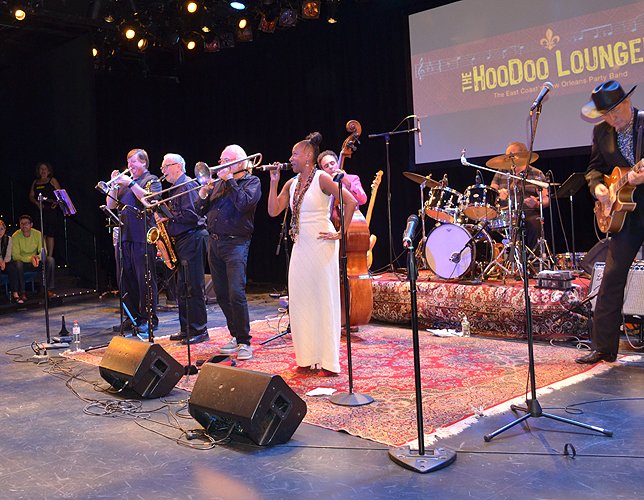 Sag Harbor, NY - October 4, 2017 - Benefits by Bay Street is pleased to announce a successful Hurricane Relief Benefit Concert was held on Sunday, October 1 to raise funds for victims of recent hurricanes. The concert took place at Bay Street Theater & Sag Harbor Center for the Arts and was co-hosted and emceed by Southampton Town Supervisor, Jay Schneiderman and Bay Street Executive Director, Tracy Mitchell. Nearly $19,000 was raised from donations and matching gifts, as well as raffles and auction items from local businesses and artisans.
The Hurricane Relief concert was put together quickly in support of all of those whose lives were uprooted in recent weeks by hurricanes Harvey, Irma, Jose, and Maria. Donations could be designated to different charities, including Team Rubicon (a ‘boots on the ground’ group organized by East End Cares), the Salvation Army, the Red Cross, and Feed America.
Everyone involved volunteered their time and talents, including all of the musicians, who put on a rocking two and a half hour show. The performance began with the drummers of Escola de Samba Boom led by Richard Siegler, who guided the audience into the theater. The show featured powerful ballads and rocking dance-inspiring tunes from Alfredo Merat, Gene Casey & The Lone Sharks, the young You Tube sensation from the Philippines Renee Dominique, and closed with a New Orleans beat by Joe Lauro & The Hoodoo Loungers.
A host of volunteers assisted including Bay Street’s staff and volunteers, General Manager Michele Wilson, who produced the event, and a host of others. Raffle items were collected by volunteer Dinorah Delfin, and the concert was taped by SEA TV. It can be viewed on CH.22.
Benefits by Bay Street is a program of Bay Street Theater & Sag Harbor Center for the Arts which periodically provides the theater and staffing for free to assist others in need. Past benefits include events for victims of the typhoon in the Philippines, the earthquake in Haiti, the tsunami in Japan, and most recently for the ambulance and fire teams who bravely assisted in the Sag Harbor cinema fire. Together these events have helped to raise over $35,000 for those in need from the generous East End community.
Bay Street Theater & Sag Harbor Center for the Arts is a year-round, not-for-profit professional theater and community cultural center which endeavors to innovate, educate, and entertain a diverse community through the practice of the performing arts. We serve as a social and cultural gathering place, an educational resource, and a home for a community of artists.