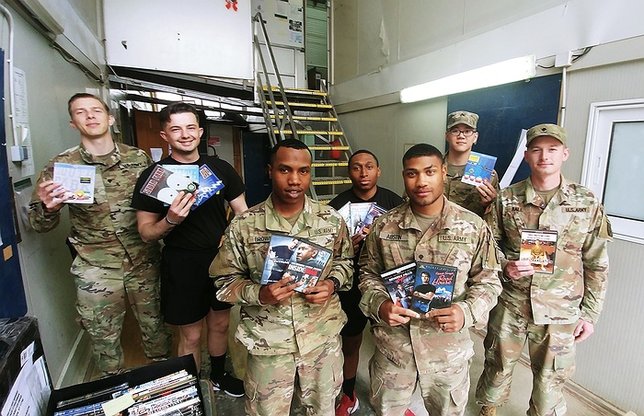 Hyman Strachman was not your typical pirate. The WWII vet churned out bootlegged copies of Hollywood movies for soldiers overseas for years. Luckily, Strachman’s efforts did not earn him jail time, but he did get a write-up in the New York Times and the nickname “Big Hy.”

The Massapequa native did earn a legacy and his efforts are being carried on by the organization named for him, “Big Hy for Heroes.” Although not in exactly the same way.

The Town of Oyster Bay is partnering up with “Big Hy for Heroes” to collect DVDs for those deployed and serving overseas in the United States Armed Forces.

Donations will be accepted from October 1st through November 15th at various locations around the town. DVDs will then delivered be to Chaplains, Commanding Officers, Sergeant Majors and Sergeants around the globe to distribute to troops and arrange movie nights this holiday season.

According to the town announcement about the effort, exciting, suspenseful, comedy and classic DVDs are among the most requested by the troops for movie nights.

Donate DVDs at the following locations:

Letters and notes to soldiers are also welcome. For more information on the DVD Collection Drive for U.S. Troops, call (516) 624-6380.