The 30-minute documentary is part of a new season of premieres celebrating New York's most meaningful locations and compelling institutions that impact culture, arts, education... 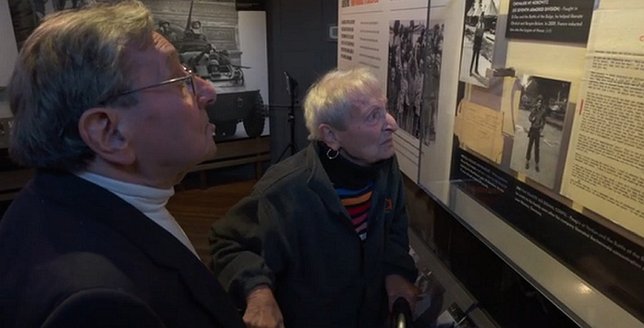 Photo by: WLIW21 / A Sneak Peek at the Holocaust Memorial & Tolerance Center video. 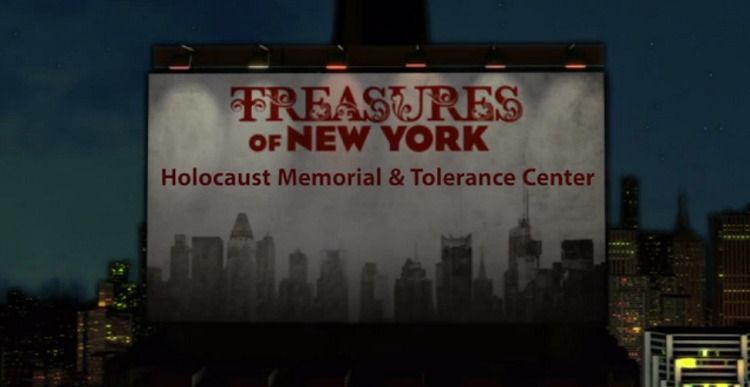 Screenshot from WLIW21 / A Sneak Peek at the Holocaust Memorial & Tolerance Center video.

Treasures of New York: Holocaust Memorial & Tolerance Center premieres on Thursday, October 20 at 8pm on WLIW21, and Sunday, October 23 at 7pm on THIRTEEN. Following the broadcast, the film will also be available for online viewing here.

Established on the grounds of a former Pratt estate in Glen Cove, New York, the Holocaust Memorial & Tolerance Center (HMTC) offers a unique and vital voice on the history of the Holocaust by capturing vivid first-hand accounts and gripping testimonials from Long Islands Holocaust survivors. Viewers will be transported back to a critical time in history and empowered with lessons about Jewish persecution and resilience.

The newly renovated facility is dedicated to outreach efforts promoting cultural understanding and acceptance among other groupsmany of which have faced similar histories of suffering and victimization. Viewers will experience a state-of-the-art museum, full of multimedia exhibits and artifacts designed to inspire people to stand up to intolerance, bullying, indifference and hatred and become upstanders rather than bystanders. 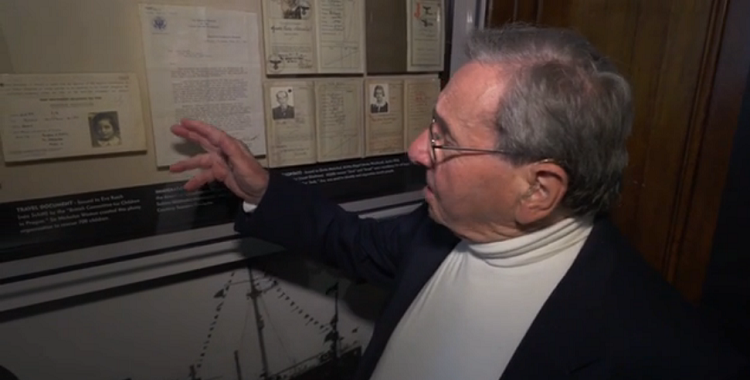 Screenshot from WLIW21 / A Sneak Peek at the Holocaust Memorial & Tolerance Center video.

The vital population of survivors involved with HMTC are the living legacies that make the center such a unique institution. They have generously shared their time and stories, as well as artifacts, documents and family memorabilia. In Treasures of New York, viewers will meet Holocaust survivors such as Alex Rosner, the youngest on German industrialist Oskar Schindlers famous list, whose accordion from the Auschwitz concentration camp is on display at the museum; Gloria Glantz, a Holocaust survivor from Poland who was hidden and protected during the war but lost her entire immediate family; and Eva and Werner Reich, married for more than 60 years. Eva was saved by British humanitarian Nicholas Winton. Werner helped the resistance movement before surviving the Theresienstadt, Auschwitz and Mauthausen concentration camps; he weighed just 64 pounds when he was liberated at 17 years old. These members of our community bring more depth and understanding to learning about these atrocities by putting a human face on the history.

Treasures of New York also explores the museums unique role as a resource to combat prejudice and violence in our world today by showcasing a wide array of programs, events and research opportunities that empower students and professionals to recognize patterns of discrimination and stand up against injustice. Rather than teach the Holocaust as a historical event, the staff threads the narrative into a current context for a high-impact experience on the lessons of the atrocity.

The documentary spotlights the HMTCs law enforcement program, in which officers and cadets participate in an intensive, on-site session to learn about the role of law enforcement in the years leading up to and during the Holocaust and the lessons that can be applied to our world today. Viewers will meet Jacqueline Murekatete, a Rwandan genocide survivor, now a lawyer, who was affected by HMTCs outreach programs as a student. Though decades apart, the persecution and victimization that occurred during both the Holocaust and Rwandan genocide have similarities that inspired her to share her own story in order to promote tolerance and respect for diversity.

Treasures of New York spotlights the Centers distinctive ability to promote acceptance by bridging these different events in history and linking them to the same stem of intolerance. Through events with guests such as Korean victims of sexual slavery during World War II and the Nama and Herero people who suffered a genocide at the hands of German colonialists a century ago, the Center is able to bring these often unknown histories of victimization and suffering to light and actively address intolerance within the Long Island community and beyond.

Treasures of New York is a production of WLIW LLC in association with WNET. WNET is the parent company of WLIW21 and THIRTEEN, New Yorks public television stations and operator of NJTV. Hillary Sieber is producer. Eva Rosenberg is associate producer. Diane Masciale is general manager of WLIW21 and executive producer of local production, including the Treasures of New York series. Executive-in-Charge of Production is John Servidio.

Funding for the program Treasures of New York: Holocaust Memorial & Tolerance Center was made possible by the Metropolitan Media Fund and the Sylvia A. and Simon B. Poyta Programming Endowment to Fight Anti-Semitism.

For more information about the series and this program, or for a full list of underwriters from WNET and WLIW, visit the Treasures of New York website.