Every year these haunted houses open to scare the bejeezus out of Long Islanders. 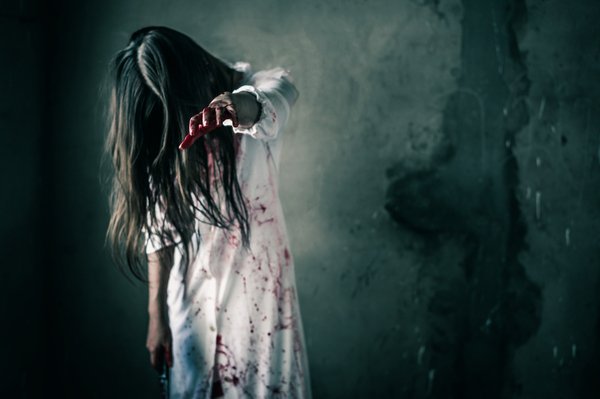 Love a good scare? These eight haunted houses on Long Island are sure to make even the most hardened Halloween enthusiast’s heart skip a beat!

The HorseAbility Haunted Hay Barn Terror on the Trail will feature over a dozen themed scenes on the grounds of our historic 1912 horse stables, from unnerving to the downright terrifying. Home to possibly a few more frights than the ones we provide, it's sure to touch on your every nightmare… not for the faint of heart.

Bayville Scream Park is where dreams go to die and nightmares come to thrive. The most macabre, unsettling, and disturbing images in the back of your mind come alive in this one-of-a-kind Halloween theme park. With themes ranging from a haunted mansion to an army of clowns and then to a coven of witches, there is no telling how many times you’ll turn white and utilize those vocal chords of yours.

Set in the mid 1600's, your group will journey through a cursed village whose people are either dead, missing or worse. As you search for the survivors, something becomes disturbingly clear - there is ​evil in the darkness. This season is going to blow your mind!

This Halloween, the Sands Point Preserve Conservancy invites you to Hempstead House with a new immersive horror experience. Far beyond the typical haunted house attraction, a new kind of horror unfolds with you and your companions as a part of the story. Visitors to this primal world will delve into the madness which resides beyond the veil of sleep, as performers transport the audience – sometimes alone – into the bizarre, beautiful, and grotesque world of DREAMS and NIGHTMARES.

Deepwells Mansion - circa 1845 - Is known for an abundance of paranormal activity throughout the year. A favorite place for mediums and psychics to gather for ghost hunts and seances. In October they open the doors and welcome you in, to tour the screamingly horrific Deepwells Haunted Mansion. Enter the front door and explore room after room, floor after floor, of horrific scenes and creepy clowns, spiders galore and keep your eye out for the scientific experiments gone wrong.

Offering four horrifying haunted attractions, along with nightly entertainment and a phantom plaza midway, you get so much value for your ticket price, it's scary. The haunted attractions utilize a time-tested combination of interactive and up-close actors, Hollywood-quality props and audio-animatronics, elaborate sets and controlled lighting and audio design to ensure your time is as immersive and realistic as can be.