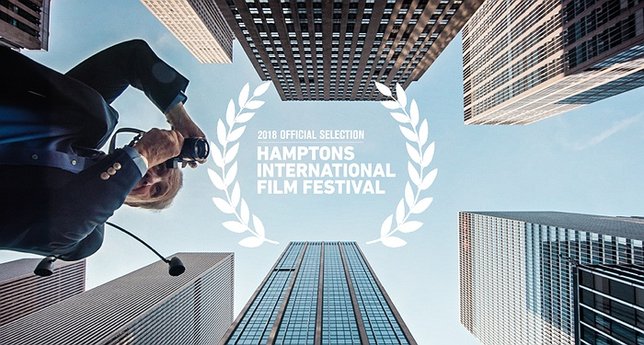 Stony Brook, NY - October 2, 2018 - Photographer Henri Dauman and band leader Vince Giordano will be Tom Needham’s special guests this Thursday at 6 pm on WUSB’s ‘The Sounds of Film.’
Henri Dauman is the subject of a new feature documentary ‘Henri Dauman: Looking Up.’ The film directed by Peter Kenneth Jones is making its worldwide documentary premiere at the Hamptons International Film Festival on October 6th at 5:30 EST, followed by a second screening on October 7th at 3:30 EST. Henri Dauman is planning on attending the screenings.
Dauman is credited for creating photos which have captured some of America’s biggest moments in history and popular culture.  Through the years, he has documented the lives of Elvis Presley, Malcolm X, Marilyn Monroe, Jane Fonda, Andy Warhol and JFK. His work has been featured in ‘LIFE,’ ‘Newsweek’ and ‘The New York Times.’
‘The Sounds of Film’ will also feature an interview with Long Island Music Hall of Fame inductee Vince Giordano. The Cinema Arts Centre will be screening the documentary ‘There’s A Future In The Past’ about Giordano on Wednesday, October 10th at 7:30 pm. The film follows Giordano as he works to keep Jazz Age music going strong in the 21st century. There will be a Q & A with Vince Giordano and a reception following the screening.
About The Sounds of Film
‘The Sounds of Film’ is the nation’s longest running film and music themed radio show. For the past 30 years, the program has delivered a popular mix of interviews and music to listeners all over Long Island, parts of Connecticut and streaming live worldwide on the internet. Past guests include Howard Shore, Alexander Payne, Gretchen Carlson, Cheech & Chong, Dr. Jordan Peterson, Laurie Anderson, director Susan Lacy, Peter Yarrow, Thora Birch and Mike Leigh.