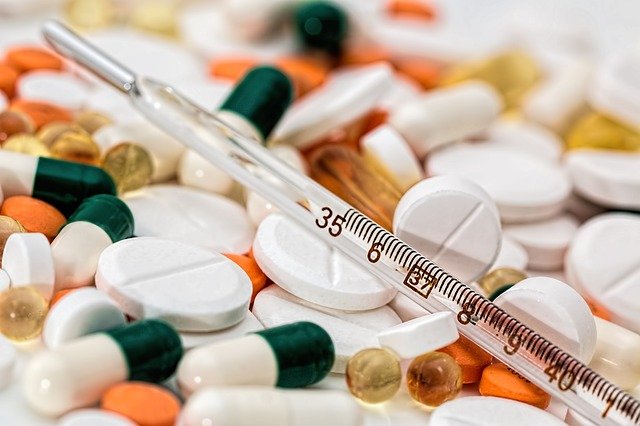 New York, NY - October 2, 2018 - Attorney General Barbara D. Underwood announced today that New York, 43 other states, and the federal government reached an agreement in principle with drug distributor AmerisourceBergen Corporation (“ABC”) for illegally introducing adulterated, misbranded drugs into interstate commerce. ABC, a Delaware corporation headquartered in Chesterbrook, Pennsylvania, will pay the states and the federal government $625 million, of which $99,875,000 will go to the states’ Medicaid programs. The New York Medicaid program will receive $7,658,957.
“We have zero tolerance for big corporations that skirt federal and state laws to boost their profits at the expense of vulnerable individuals – such as cancer patients during chemotherapy,” said Attorney General Underwood. “We’ll continue to work with our partners to ensure that laws are enforced and the public is protected from predatory corporate misconduct.”
In addition to the civil settlement, ABC subsidiary AmerisourceBergen Specialty Group (“ABSG”) pleaded guilty to illegally distributing misbranded drugs in September 2017. ABSG is the parent entity for companies in the specialty pharmaceutical market, including biotechnology and oncology, in addition to pharmaceutical manufacturers and providers. ABSG agreed to pay $260 million in criminal fines and forfeitures.
The federal and state civil settlements resolve allegations that Medical Initiatives, Inc. (“MII”), a purported pharmacy ABSG opened in Dothan, Alabama, caused numerous false claims to be submitted to Medicaid for unapproved new drugs and defective, contaminated, or otherwise compromised drugs, and double billing for the same vial of drug product. MII created, packed, and shipped pre-filled syringes (“PFS”) to oncology practices and physicians treating vulnerable cancer patients during chemotherapy. The drugs involved include Aloxi, Anzemet, Kytril, Neupogen, Procrit, as well as the generic version of Kytril. To prepare PFS, MII broke the seal of the FDA-approved drug vials, combined the drug product from the vials, and repackaged them into smaller plastic syringes. MII created a greater number of PFS than the number of vials purchased, which allowed MII to sell and profit off the excess drug product in the vials, known as “overfill”. The PFS, which were prepared in an unsterile environment and often contained particles of foreign matter, were then shipped to providers through Oncology Supply Company (“OSC”), another branch of ABSG.
The investigation revealed that based on their conduct, MII did not act as a pharmacy but instead as a repackager, and was required to apply for a New Drug Application (NDA) for the PFS – however no NDA was ever submitted to the U.S. Food and Drug Administration. MII also did not comply with pharmacy regulations in any state where it was licensed, and, as a result of these violations, the drugs were not eligible for reimbursement by government healthcare programs. The settlement also resolves allegations that ABC provided unlawful kickbacks to physicians to induce them to purchase Procrit in PFS rather than vials, and caused providers to improperly bill for the overfill drug product.
The settlement arises, in part, from allegations in three distinct qui tam actions – two filed in the United States District Court for the Eastern District of New York, and one filed initially in the United States District Court for the Eastern District of Michigan and then transferred to the United States District Court for the Eastern District of New York. Attorney General Underwood thanks the relators in these actions for their efforts during the investigation.
State Education Commissioner MaryEllen Elia said, “Every day, New Yorkers put their lives in the hands of medical professionals who take an oath to provide their patients with ethical medical treatment. Doctors and patients alike trust that pharmacies are providing medications as prescribed. New York State will not tolerate the unscrupulous practices of those who represent themselves as pharmacies, when in fact they are not, no matter where they may be located, that introduce adulterated drugs in our state.”
Since the New York False Claims Act was enacted in 2007, the Attorney General’s Medicaid Fraud Control Unit has obtained more than $1.7 billion in recoveries for New York's Medicaid program.
Attorney General Underwood would like to thank the Office of the United States Attorney for the Eastern District of New York.
Attorney General Underwood would also like to thank the New York State Department of Education for its assistance in the investigation.
New York led a national team represented by California, Florida, Illinois, and Oregon. The team leader was Jay Speers, Counsel to the New York Medicaid Fraud Control Unit. Elizabeth Silverman, Special Assistant Attorney General for the Civil Enforcement Division; Meghan Collins, Principal Auditor Investigator for the Civil Enforcement Division; and Amanda Lawrence, Auditor Investigator for the Civil Enforcement Division were also part of the national investigative team. Carolyn Ellis is the Chief of the Civil Enforcement Division and Stacey Millis is the Chief Auditor of the Civil Enforcement Division.
The New York Medicaid Fraud Control Unit is led by Director Amy Held and Assistant Deputy Attorney General Paul J. Mahoney. The Criminal Justice Division is led by Executive Deputy Attorney General Margaret Garnett.