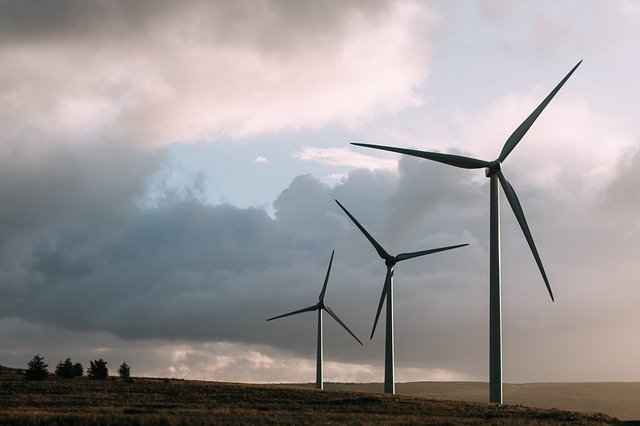 New York, NY - October 2, 2017 - New York State announced today it has asked the federal Bureau of Ocean Energy Management (BOEM) to consider identifying and leasing at least four new Wind Energy Areas off New York’s Atlantic Coast, each capable of accommodating at least 800 megawatts of offshore wind generation. To support its request, the State submitted an Area for Consideration to locate these new Wind Energy Areas. The State also requested that BOEM utilize the data and analysis which informed the Areas for Consideration to help expedite its process for site identification, which will encourage development of an offshore wind industry that will stimulate the State’s economy, create jobs and advance its clean energy goals. ​
Offshore wind can help meet Governor Andrew M. Cuomo’s ambitious 2030 goals of 50 percent of all electricity in the State to come from renewable energy sources and reducing greenhouse gas emissions 40 percent below 1990 levels. New York’s commitment to install 2,400 megawatts of offshore wind, enough to power up to 1.2 million New York households, will further these climate goals by eliminating over 5 million tons of carbon dioxide emissions annually from the power sector.
The State sent extensive information to BOEM regarding the identified Area for Consideration, which the State views as best suited for future offshore wind development.
The State identified the Area for Consideration after rigorous fieldwork, analysis, and stakeholder consultation that included consideration of sensitive habitats. The advancement of four or more new Wind Energy Areas within the Area for Consideration as requested by the State will encourage competition, help reduce costs, and provide New York with enough capacity to meet its commitment of 2,400 megawatts of offshore wind by 2030. The Area for Consideration begins more than 20 miles from the shore.
The proposal is the result of work undertaken by NYSERDA, New York Department of State, and New York Department of Environmental Conservation.  The proposal requests that BOEM utilize the Area of Consideration for an Area Identification process, through which BOEM would delineate specific Wind Energy Areas for future leasing, through engagement with stakeholders and local communities, and the completion of federal and State regulatory reviews.
Alicia Barton, President and CEO, NYSERDA, said, “The identification of the Area of Consideration is another big step forward in advancing the State’s development of offshore wind under Governor Cuomo’s leadership. The state has already seen an extraordinary level of private sector interest in offshore wind development, which will reap benefits for the state including significant investments in coastal communities, locally-produced clean energy, and cleaner communities.”
New York Secretary of State Rossana Rosado said, “The ambitious New York State Offshore Wind Master Plan provides a path to developing offshore wind in a way that balances new energy and economic opportunities with the many important uses and resources off New York’s Atlantic coast. As the State’s lead for the BOEM-New York Renewable Energy Task Force, the New York Department of State looks forward to working closely with BOEM and our federal, State, local, and tribal partners to make sure the Governor’s goal of 2,400 megawatts of offshore wind is reached by 2030.”
New York State Department of Environmental Conservation Commissioner Basil Seggos said, "Responsibly sited renewable energy developments are a critical part of Governor Cuomo’s nation-leading and comprehensive efforts to tackle climate change. DEC and our partners are undertaking exhaustive work to identify the areas for potential offshore wind development that minimize impacts on sensitive offshore habitats. We look forward to continuing our work with NYSERDA, the Department of State, the commercial fishing industry, and other partners to ensure potential energy developments do not degrade our economically important marine ecosystem."
The proposed Area for Consideration fulfills one of the key goals of the New York State Offshore Wind Master Plan – to provide a “jump start” to the federal leasing process by identifying offshore areas that may be “best suited” for the development of offshore wind. The Area for Consideration and the Master Plan have been informed by more than twenty surveys and studies and extensive stakeholder outreach including coastal, maritime, and fishing communities; labor and business organizations; private industry; governmental entities and elected officials; non-governmental organizations, including environmental groups; and ratepayer advocates.
Offshore wind is a new, multi-billion-dollar industry and will bring unparalleled opportunities not only to the State of New York, but the entire domestic industry where it is predicted to support 160,000 U.S. jobs in construction, manufacturing, and operations over the next thirty years.
About Reforming the Energy Vision
Reforming the Energy Vision is Governor Andrew M. Cuomo's strategy to lead on climate change and grow New York's economy. REV is building a cleaner, more resilient and affordable energy system for all New Yorkers by stimulating investment in clean technologies like solar, wind, and energy efficiency and generating 50 percent of the state's electricity needs from renewable energy by 2030. Already, REV has driven a nearly 800 percent growth in the statewide solar market, enabled over 105,000 low-income households to permanently cut their energy bills with energy efficiency, and created thousands of jobs in manufacturing, engineering, and other clean tech sectors. REV is ensuring New York State reduces statewide greenhouse gas emissions 40 percent by 2030 and achieves the internationally-recognized target of reducing emissions 80 percent by 2050. To learn more about REV, including the Governor's $5 billion investment in clean energy technology and innovation, please visit www.ny.gov/REV4NY and follow us at @Rev4NY.