Governor Cuomo announced that the MTA has released alternate routes and updated train schedules to assist commuters this evening following the train accident in Hoboken. 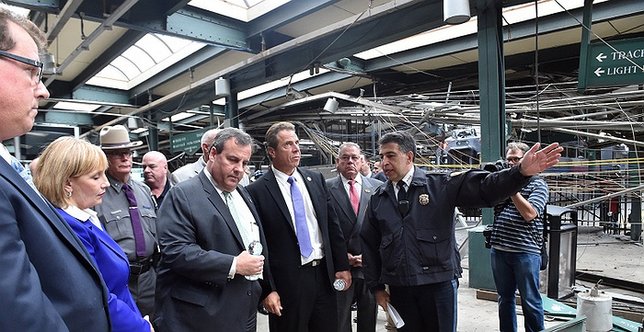 The crash resulted in one fatality and 114 injuries.

New York, NY - September 29, 2016 - Governor Andrew M. Cuomo today announced that the MTA has released alternate routes and updated train schedules to assist commuters this evening following the train accident in Hoboken. PATH service is fully operational in and out of Hoboken on its normal weekday rush hour schedule. Earlier today, Governor Cuomo directed deployment of staff and resources from New York State Police, MTA, Metro North, Port Authority Police Department, Department of Health and emergency officials from the Division of Homeland Security and Emergency Services to aid in the recovery and restoration of train service. The National Transportation Safety Board has also dispatched a team of investigators to assess the damage, and has launched an investigation into the surrounding circumstances that led to the train crash.

"As we continue to investigate this morning's tragic event in Hoboken, New York State has worked rapidly to take measures that will minimize the impact of this morning's crash on commuters tonight, tomorrow and through the weekend," Governor Cuomo said. "This region has displayed tremendous unity and New York stands ready to help our neighbors in New Jersey in any way we can. As we continue to learn more about the cause of this crash, I ask that everyone joins in extending our thoughts and prayers to the injured, and deepest condolences to the family and loved ones of the deceased." 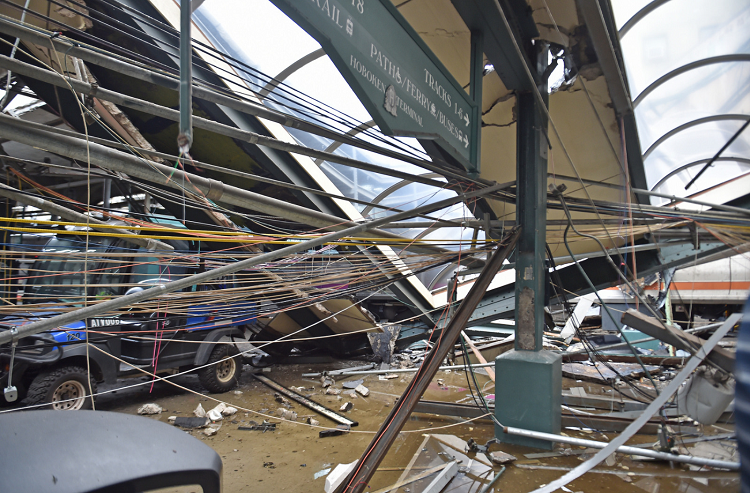 Earlier today, Train 1614 from Spring Valley in Rockland County, NY which was traveling on the Pascack Valley Line, crashed at 8:45 a.m. into Terminal 5 at the Hoboken Terminal. There were approximately 250 individuals believed to be on board and all individuals were evacuated from the train.

The crash resulted in one fatality and 114 injuries. The deceased individual was a 26-year-old female who was not a passenger but was struck by debris when the train jumped a barrier. Those injured by the crash were transported earlier today to various nearby hospitals. Some patients have already been discharged from the hospital with minor injuries.

A hotline has been set up for those looking for information on family members at 855-336-1774. At this time, the immediate area has been evacuated. Structural engineers on scene assessing the damage including those from Port Authority of NY/NJ.

MTA
The MTA has provided alternative routes and updated train schedules with the following train lines:

Alternate Bus Service for Port Jervis & Pascack Valley Line Customers
NJTRANSIT rail service remains suspended in and out of Hoboken due to a train accident at Hoboken station. Metro-North will provide alternate bus service during the PM Peak on Thursday, September 29 for Pascack Valley Line and Port Jervis Line customers as follows:

Metro-North is honoring all Pascack Valley and Port Jervis line rail tickets until further notice
For Friday, September 30, an alternate service plan is being developed and customers should stay connected with us for the latest updates by visiting www.mta.info.

For schedule information go to here.

PATH
PATH rail service is operational in and out of Hoboken station and is operating on its normal weekday rush hour schedule. There is no ferry service at the Hoboken terminal.