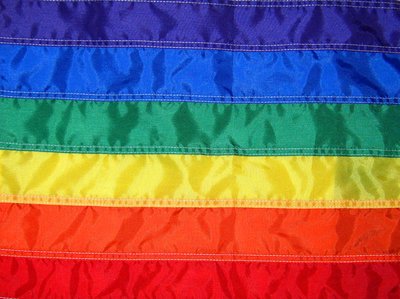 A New Jersey judge ruled in favor of same-sex marriage. Judge Mary Jacobson said that the state must allow gay couples to marry, and that not doing so would be in violation of the New Jersey state constitution.

The ruling is the result of a lawsuit brought on by Garden State Equality. Jacobson’s order states that same-sex couples would be allowed to get married in New Jersey as soon as October 21.

With a little over three weeks until this date, the state has time to appeal the ruling and block marriages from happening. Jacobson added that since the federal government already allows same-sex marriage, the state must do the same.

New Jersey Gov. Chris Christie – who has tried to remain neutral in regards to the issue of same-sex marriage – has been put in a tough political spot. Republican Christie is currently seeking reelection in a predominantly blue state.

Christie had vetoed a gay marriage bill - a move that helped spur this lawsuit – on the grounds that it is not a state issue. Under current state law, New Jersey residents can enter into same-sex civil unions, giving them the same legal rights as married couples.

“Governor Christie has always maintained that he would abide by the will of the voters on the issue of marriage equality and called for it to be on the ballot this Election Day,” Christie spokesman Michael Drewniak said, according to a report from CBS News.

“Since the United States Supreme Court decision… invalidated the Defense of Marriage Act, several federal agencies have acted to extend marital benefits to same-sex married couples. However, the majority of those agencies have not extended eligibility for those benefits to civil union couples. As a result, New Jersey same-sex couples in civil unions are no longer entitled to all of the same rights and benefits as opposite-sex married couples,” Jacobsen wrote in her decision.

Jacobsen added that same-sex couples are being denied legal benefits due to a label being placed on them by the state government.