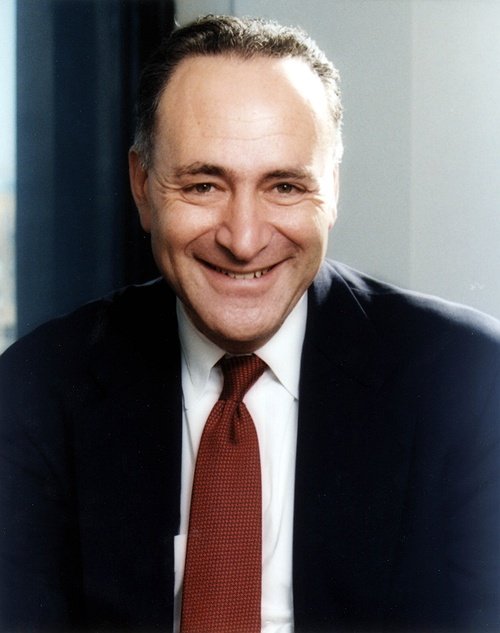 North Hempstead, NY - September 25, 2015 - Today, U.S. Senator Charles E. Schumer announced that, after his push, the federal Department of Transportation (DOT) is providing approximately $1 million in federal funding for North Hempstead’s Project Independence, a vital transportation program serving over 50,000 Town of North Hempstead seniors. Schumer helped officials begin the program several years ago and says it is essential to North Hempstead’s seniors. Earlier this year, Schumer explained that the transportation program was in danger of expiring because its funds would only provide enough services until the end of 2015. Specifically, “Project Independence” provides transportation to supermarkets, doctor appointments and other senior organizations and activities through the Town of North Hempstead. The program also provides community social work and nursing services at Project Independence satellite office and home visits to seniors in need.  Because of this program, seniors are able to stay in their own homes, as opposed to entering assisted living or nursing home facilities. This aging in place concept saves the federal government millions a year. Moreover, with the recent shutdown of the Federal Employment and Guidance Services (FEGS)—a local nonprofit—Project Independence has become even more crucial, as it has taken on approximately 2,000 North New Hyde Park residents who once relied on FEGS. Earlier this year, Schumer urged the DOT to renew their commitment to Project Independence and approve the grant, so that thousands of seniors won't find themselves homebound or forced to begin planning for costly care that would minimize their quality of life while costing the government millions. Today, Schumer is announcing that the Town of North Hempstead’s grant application for funding has been approved and nearly $1 million in funding will help make sure the program continues for at least three additional years.

“Whether it’s a ride to the grocery store, the doctor’s office or somewhere else, ‘Project Independence’ is what drives the stability of our seniors’ lives and the neighborhoods they call home. I am so pleased that the Department of Transportation heeded the call by providing nearly $1 million in federal funds to make sure the services provided by ‘Project Independence’ continue for another three years. This is such a crucial program because it allows seniors to ‘age in place,’ which ultimately keeps neighborhoods stable, seniors active and saves the feds money in the long run,” said Senator Schumer.

“I am very appreciative of Senator Schumer’s passionate support for this DOT grant. Transportation options are key to giving seniors their independence and enabling them to remain part of the community.  This funding will provide a better quality of life for every senior in the Town of North Hempstead. Providing a ride to the grocery store or to the doctor is critically important. Without these options, a senior may be forced to move from their home and to lose their independence. Imagine, something as simple as a ride to the supermarket meaning the difference between staying in your home and having to move to an assisted living facility,” said Town Supervisor Judi Bosworth.

The Town of North Hempstead is comprised of 30 villages and 17 hamlets; it is the seventh largest municipality in New York State and occupies 58 square miles. Seniors make up 23 percent of the Town’s population. To date, a total of 155,350 rides were provided via the Project Independence senior transportation program; specifically, 101,722 medical and 53,628 food shopping rides.

The Town of North Hempstead’s Project Independence aims to support the aging in place of seniors with an emphasis on preserving each resident’s independence, dignity and safety. Overall, the Project Independence program connects seniors to critical services by working side by side with the Town’s 311 Call Center. Project Independence’s transportation program is costly. Specifically, it is made up of 1) mobility management staff counsel the Town’s senior residents on all transportation options; 2) contracted taxi companies who transport seniors to medical appointments—rides are based on the Medicaid rate, a rider pays half, rides are available 7 days a week; 3) food shopping, which is no charge to the rider and are available 2 days a week; 4) the Town’s senior busing transports residents to senior organizations, nutrition sites and other programs. The senior transportation services are a priority within the town because they help meet the unmet needs of the large aging population.

Earlier this year, Project Independence announced that it would begin providing services to North New Hyde Park seniors who were once helped by the non-profit agency, FEGS, which recently shut down. The Town of North Hempstead will now provide services to the approximately 2,000 additional seniors so that they can continue receiving critical services that allow them to ‘age in place.’

Earlier this year, the Town of North Hempstead applied to the U.S. DOT FTA section 5310 program, which works to increase mobility for seniors and persons with disabilities by providing funds for programs to service the special needs to transit dependent populations beyond the most traditional public transportation services. Schumer today announced that, after his push, nearly $1 million in FTA funding has been awarded to the Town of North Hempstead. Schumer said that this $1 million in funding will allow the program to continue for the next three years. Schumer said this funding will go a long way, as it will also help save the feds money over time because it means that seniors can age in place and not move to senior living centers or nursing homes.