Restaurant Consultant Arrested for Faking A Grades for NYC Eateries

Anastasios Kountis has been arrested and charged with forgery and tampering with public records after he made fake A grade cards for nine restaurants. 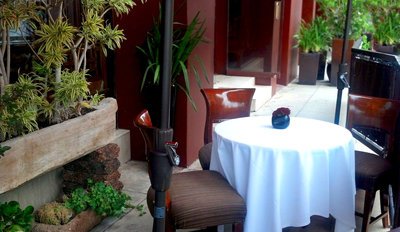 Patrons of New York City restaurants who rely on the grade cards in windows as the standard for restaurant sanitation may be uneasy after learning that a restaurant consultant was recently caught faking A grades for several eateries.

Anastasios Kountis, 32, was arrested and accused of faking the sanitation inspection grades and distributing them to nine restaurants. He is being charged with second-degree forgery, tampering with public records, fourth-degree grand larceny and several other charges.

Officials say that the restaurant owners did not know that the cards were fake, and that they had hired Kountis to improve their standings with the New York City Health Department by contesting the restaurants’ violations.  Kountis instead merely gave the restaurants fake A grade cards to display in their windows.

Kountis’ scheme was uncovered by authorities who first realized that two restaurants were posting incorrect As in their windows back in April.  According to NBC News, “a Staten Island diner called Panini Grill that should have posted a C grade and Telly's Taverna in Queens, which had earned a B grade, were displaying the false As.”

Investigators soon found out that both restaurants hired Kountis as their restaurant consultant to contest their violations, and that Kountis delivered the A cards to both. They later found that Kountis gave As to the Grand Canyon Restaurant, Bistro 237, and New Punjab Restaurant and Grill.

The restaurant owners claimed to have paid him $150 for handling their cases.  According to authorities, Kountis allegedly defrauded the nine restaurants out of $1,400.

"Perhaps more importantly, Kountis' actions resulted in the public being substantially misled into believing that restaurants they might wish to patronize had received higher sanitary grades than they merited," said the Department of Investigation.

Kountis has denied the allegations, and told the Department of Investigation that a former employee may be using his identity.  Investigators said that the restaurant owners provided descriptions that matched Kountis, not the employee.