Bridge named in honor of those killed in a helicopter crash during a tour of Iraq. 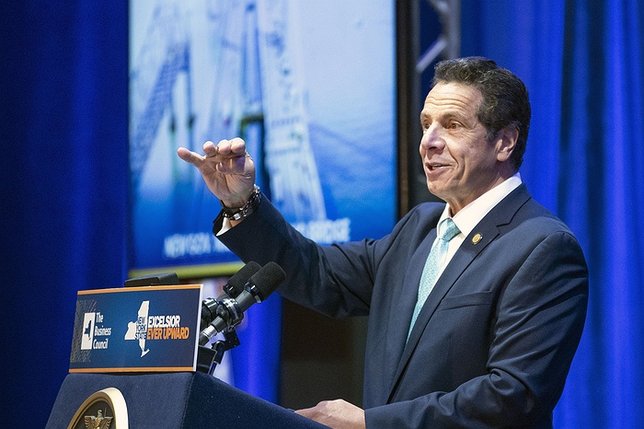 Westhampton, NY - Sept. 25, 2018 - Governor Andrew M. Cuomo today signed legislation (S.8745-A/A.10922) naming a stretch of highway in Suffolk County in honor of four United States Air Force Airmen from New York who were killed in a helicopter crash during a tour of Iraq in March. The bill designates a portion of the Sunrise Highway located at the County Route 31 overpass in the hamlet of Westhampton as the "Jolly 51 Memorial Bridge."
"The four New Yorkers who lost their lives in the Jolly 51 helicopter crash in Iraq demonstrated extraordinary heroism and bravery, and they exemplify the best of this state," Governor Cuomo said. "This bridge will honor their service - along with that of their fellow airmen who lost their lives that day - and will be a permanent reminder of their ultimate sacrifice to protect our nation."
On March 15, 2018, HH-60 Pave Hawk helicopter "Jolly 51" crashed in western Iraq, resulting in the loss of seven United States Air Force Airmen. Of the seven who lost their lives that day, four were New Yorkers: Captain Andreas B. O'Keeffe of Center Moriches, Staff Sargent Dashan Briggs of Port Jefferson Station, Master Sargent Christopher Raguso of Commack, and Captain Christopher Zanetis of Long Island City.
Senator Ken LaValle said, "The designation of the overpass of County 31, over New York State Route 27, will serve as a permanent reminder of the honor and sacrifice of these brave individuals and a tribute to their families.  The memorial will serve as a fitting, lasting tribute to the brave soldiers lost on Jolly 51."
Assembly Member Fred Thiele said, "These four men gave their lives to protect our freedom, and it is critical that we honor their legacy so that their sacrifice is not forgotten. I thank Governor Cuomo for signing this bill to ensure the memories of these brave New Yorkers may live on."