Data reveals New York reached an all-time low in crime in 2013 and continues downward in first 6 months of 2014. 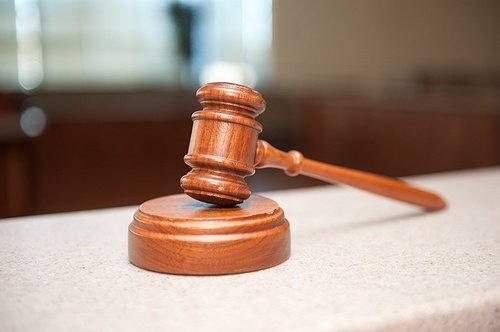 Albany, NY - September 25, 2014 - Governor Andrew M. Cuomo today announced that New York State leads the nation in reducing both crime and incarceration rates over the past two decades, according to research recently published by The PEW Charitable Trusts. The study, based on data from the Federal Bureau of Justice Statistics and the FBI, shows that New York’s imprisonment rate has dropped 24 percent since 1994 and that the crime rate also declined dramatically during the same timeframe, by 54 percent. Additionally, for 2013 the New York crime rate has reached an all-time low with a continued decline in the first six months of 2014.

“With the lowest crime rate in 20 years – alongside a dramatic drop in the number of people incarcerated in state prisons – New York is a true example of how safety and fairness can coexist,” Governor Cuomo said. “I am proud to see New York State achieving these record results, and this administration will continue our work to make New York the safest possible place to live, work and raise a family.”

New York State has also experienced a significant decrease in the number of reported crimes. From 1990 through 2012, the state saw crime drop 62 percent, driven by a 73 percent decrease in New York City. In 2012, New York State was the safest large state in the nation, and the third safest overall, behind only Idaho and North Dakota, according to data compiled by the state Division of Criminal Justice Services.

That dramatic reduction in drug commitments was due to fewer felony drug arrests, major reforms of the drug laws which required mandatory sentences for drug offenders, as well as increased use of alternative to incarceration programs and problem-solving courts for many defendants.

Department of Corrections and Community Supervision Acting Commissioner Anthony J. Annucci said, "The fact that New York simultaneously was able to significantly reduce incarceration rates and significantly reduce crime is phenomenal. We predicted we could do this, we did it, and it’s certainly something to be proud of.”

That downward trend has continued through the first six months of 2014, with reported crime down 5.5 percent as compared to January through June 2013. New York State’s success in reducing crime cannot be attributed to any one program or initiative, rather, it is the result of the collective efforts of criminal justice professionals and policy makers at all levels of government.

Division of Criminal Justice Services Executive Deputy Commissioner Michael C. Green said, "The Division of Criminal Justice Services' mission is to enhance public safety and improve criminal justice. The men and women who work here take great pride in the role they play to support the efforts of criminal justice professionals on the front lines of this state's efforts to target, reduce and prevent crime. I applaud them for their work and I commend our local partners – from police and prosecutors, sheriffs' deputies and probation officers to alternative to incarceration program staff members – for the critical role each of them play in helping New York State achieve, and sustain, these impressive results.”

Since taking office in 2011, Governor Cuomo has taken steps to make the Department of Corrections and Community Supervision more efficient in the wake of these dramatic declines, removing 5,519 prison beds, closing 13 underutilized prisons, and saving New York taxpayer’s an estimated $162 million annually.

“Prison and Crime: A Complex Link” analyzed incarceration rates and crime rates nationwide from 1994 through 2012. While New York State leads the nation in reducing those rates, it is not alone: the study also notes that the drop in crime rate has been bigger in states that also reduced their imprisonment rates.