The NCPD Homicide Squad is searching for the person responsible for a 2009 double homicide in Freeport. 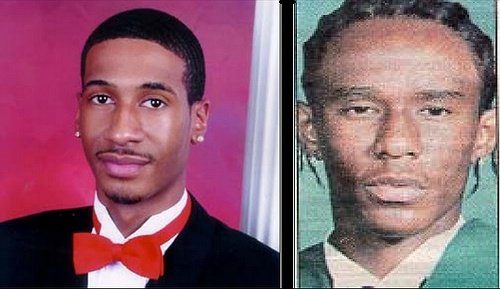 Freeport, NY - September 25, 2014 - Crime Stoppers and the Nassau County Police Department are seeking the public’s help in connection with a double homicide that occurred in Freeport, New York.
On Monday, April 6, 2009 at approximately 9:00pm, Christopher Clark and Brendan Lawrence were walking eastbound on Jesse Street in Freeport. They were shot to death on the sidewalk in front of 77 Jesse Street. Brendan Lawrence’s car , a 2000 Honda Civic, 2 door sedan, color red was found parked northbound on Lakeview Avenue in Freeport, around the corner from the place of occurrence.
Crime Stoppers is asking anyone with information about this crime to call our toll free hotline at 1-800-244-TIPS (8477), or any member of the Nassau County Police Department’s Homicide Squad at 516-573-7788.
Crime Stoppers is offering up to a $10,000 reward for the arrest of the subject(s) involved in this incident.